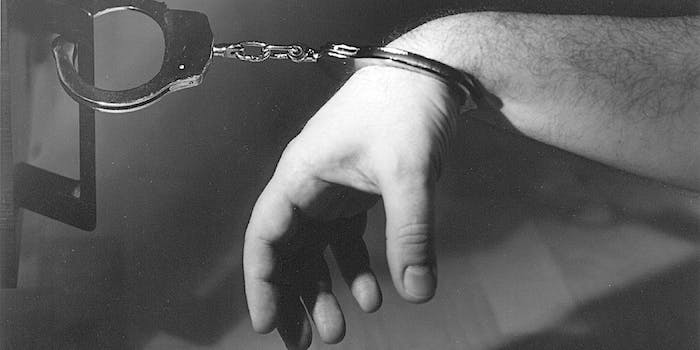 Police arrested the man after they "were made aware of a YouTube clip of a man using racist language on board a Bakerloo line train."

In the U.K., a drunken, racist rant can land you in prison.

London police say they’ve arrested a 52-year-old man who had a starring role in a notorious video that went viral in the U.K. last week.

In the cell phone clip, recorded around 9pm Tuesday on the London Underground, the man launches into a racist, verbal attack against a Japanese passenger—before turning his attention to the man filming. Claiming his uncle died on the River Kwai in World War II, the man declares the Japanese to be a “vicious bunch of f***ing c**ts.” He continues:

The guy filming interrupts the rant (“Are you going to start sorting everyone on the train, man, one by one? What have you got against the Japanese?”) and the man swings his attention away toward the camera.

“I’m ex-Parachute Regiment! What do you know about history? Why do you f***ing jabber when you know nothing? Shut up. You know two-thirds of f**k all.”

He threatens to attack the cameraman before taking a few swigs from a wine bottle.

“I’ve done two tours in Northern Ireland and the Falklands. Don’t even f***ing look at me.”

Police arrested the man after they “were made aware of a YouTube clip of a man using racist language on board a Bakerloo line train,” according to a statement. He was released on bond and is set to return to the court on Oct. 30, the BBC reported.

In the United Kingdom, hate speech is a crime under the Public Order Act of 1986. Last year, another drunken tube rider was caught on camera launching into a racist diatribe against other riders. She was sentenced to 21 months in prison.