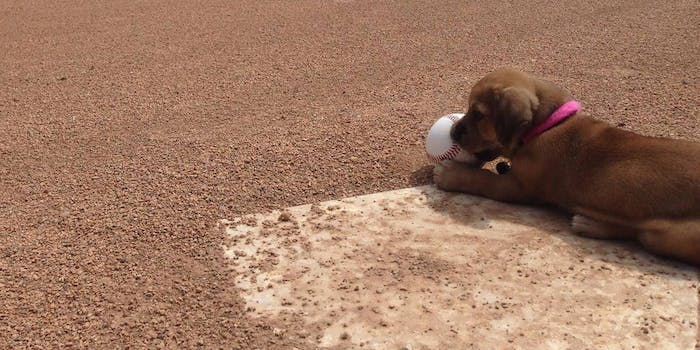 Photo via The Savannah Bananas/Facebook

Earlier this week, a puppy was found in the parking lot of Grayson Stadium, home to the Savannah Bananas, an amateur baseball team in Savannah, Georgia. The puppy, now named Daisy, won the heart of the team and was adopted by the team’s president, Jared Orton, and his wife, Kelsey. 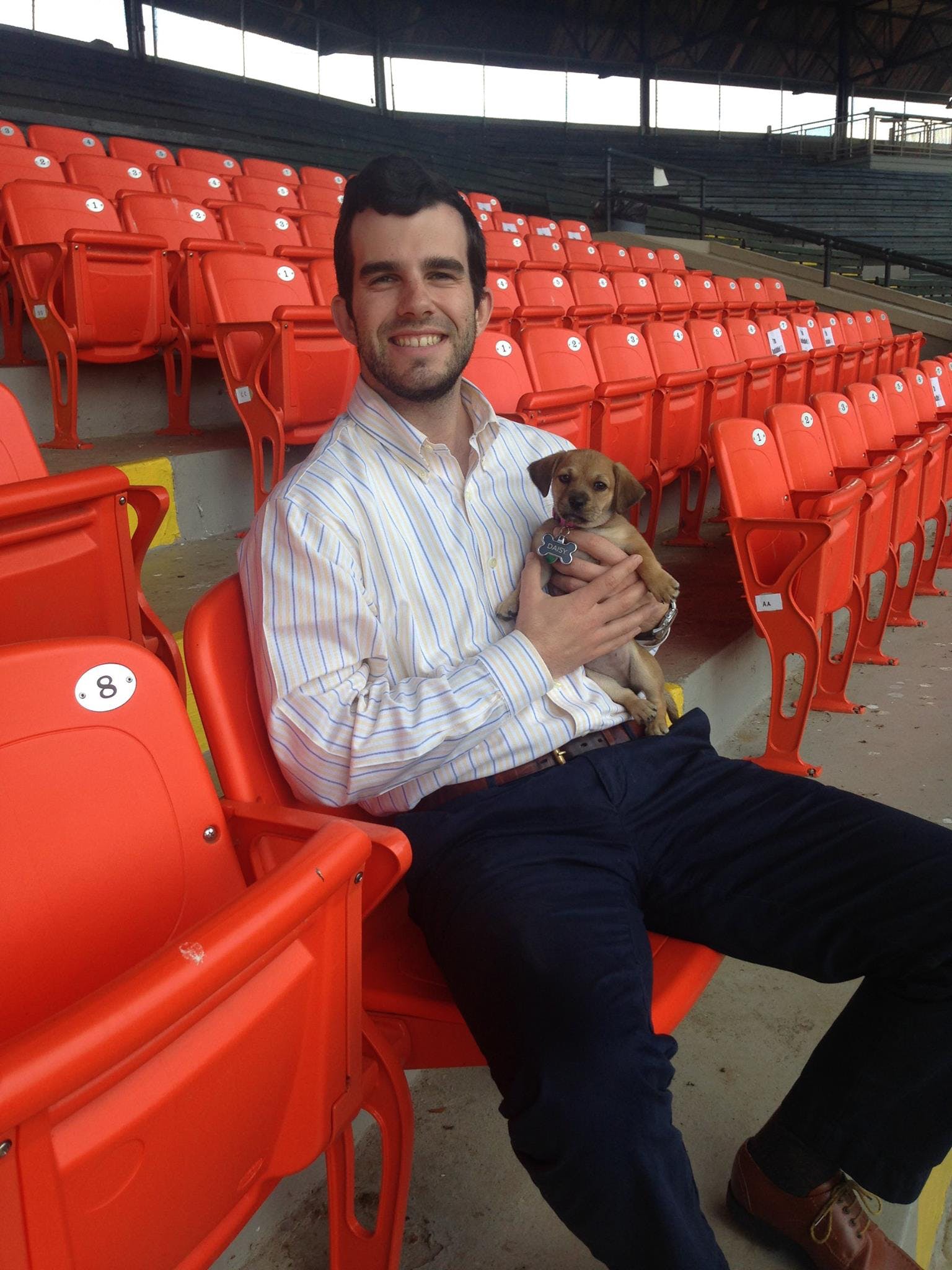 In just a short time, Daisy has already been promoted to “bat dog.” According to Orton, “We aren’t sure how big she’ll get, so it’s hard to say if she’ll be able to pick up a bat or just coach first base, but as she grows, she’ll be a fixture at the ballpark.” 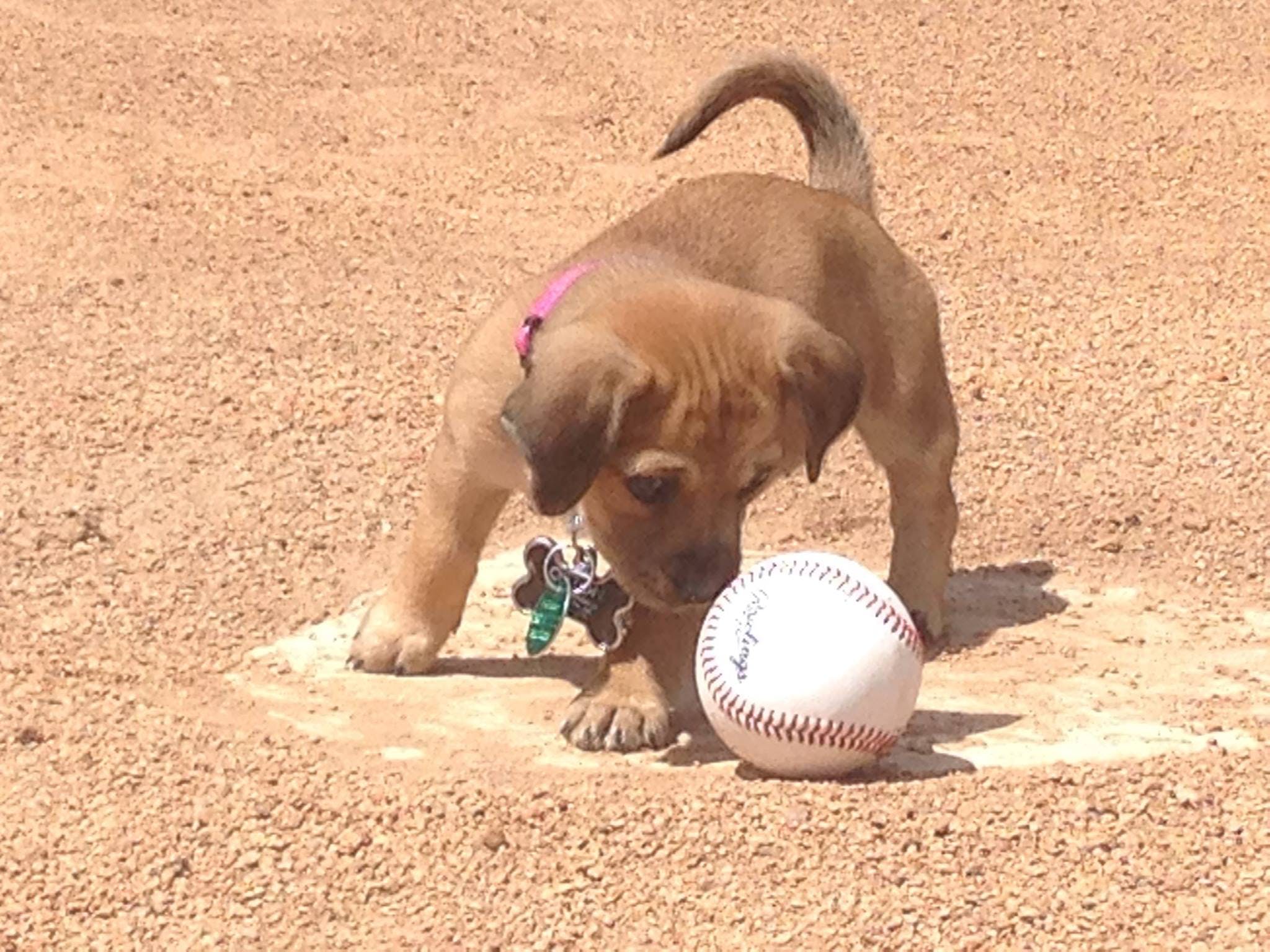 Daisy’s responsibilities include helping to ship Bananas merchandise and greet guests as they enter the park.

According to the Bananas website, they have all-you-can-eat games, so if you are looking for a fun way to stuff your face this summer, support the Bananas and check out a game. Tell Daisy we said hi!