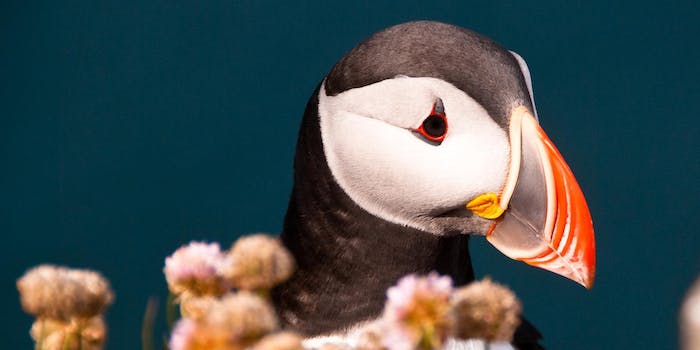 Help save these adorable puffins by watching their webcam

Maine's Atlantic puffin population has been dwindling in recent years.

Bird enthusiasts know puffins for their distinctive, brightly colored orange and red beaks. But along the Maine coast, spotting one of the seabirds has become increasingly difficult. Now, however, bird watchers can watch the creatures remotely—and help save their dwindling population at the same time.

The Audubon Society has concocted the plan with the help of three high-definition “puffin cams.” It’s asking for volunteers to help by observing the sea birds’ daily activities.

Maine’s puffin population is in decline largely because their main food source has left the area for warmer waters. Audubon officials say they are currently only 1,000 puffins pairs left in the area and that the number of puffin chicks has been dropping over the past two years.

“This [project]  offers me great hope that people everywhere can help us as we learn about puffins,” Project Puffin Director Steve Kress told the Associated Press. “Through these cameras we can learn about how climate is affecting the well being of seabirds on remote islands.”

The puffin cams have gotten four million views since being launched on non-profit wildlife website Explore.org.