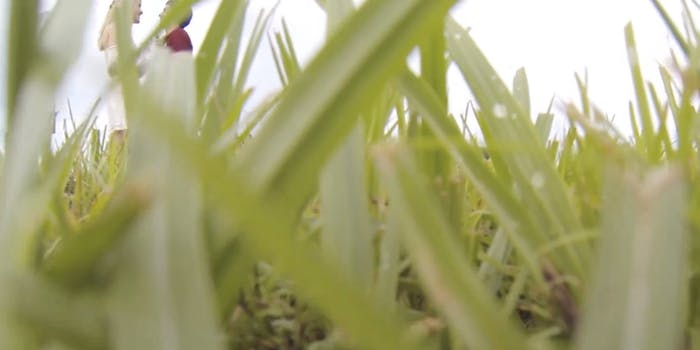 Marriage proposals have gone to the drones

How one little quadcopter got a sweet and surreptitious view of this couple's engagement.

Every little girl dreams of the day a drone will crash a photoshoot so her boyfriend can propose.

“My friend wanted to surprise his girlfriend with a wedding proposal under the pretenses of a photo shoot for school,” YouTuber ctrlfr3q wrote. “He had me fly the ring in across the lake to them on my FPV quad as a surprise.”

A high-definition camera attached to the quadcopter provides an unusual perspective on the proposal.

The drone’s footage soaring over the lake is beautiful, and then the view as it snoops from the grass as the young man asks his all-important question is sweet and intimate.

Between this and airdropping free beer at a South African music festival, drones are getting some positive press for a change.