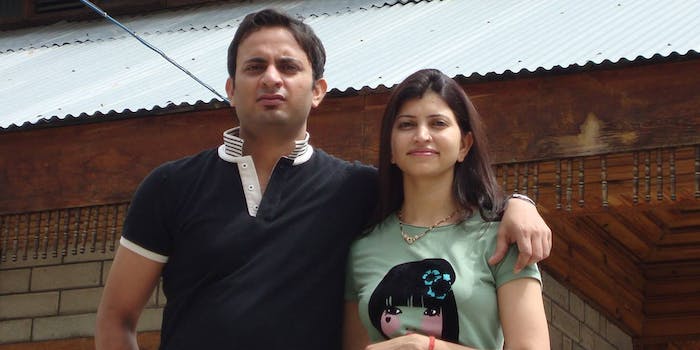 Priya Vedi, 31, accused her husband of mental cruelty before allegedly taking her own life.

Priya Vedi, a 31-year-old doctor at the All India Institute of Medical Science, wrote a Facebook post alleging that her marriage to a closeted gay man had become emotionally torturous before reportedly taking her own life in a hotel room.

In her post, which has since been removed, Vedi wrote that in five years of marriage to Kamal Vedi, she was “just a wife tag.” They reportedly never consummated their relationship, and she found a secret email address he was using to communicate with other men before they were married.

In spite of knowing this I decided to help him to b as a wife with him. But he tortured me a lot mentally… You are not a human being you are a devil, who take away my life from me.

The post went viral shortly after it appeared on Vedi’s page (now a memorial page) on Sunday night. Vedi’s husband has since been arrested and charged with abetting his wife’s suicide. (Indian law says that if a woman dies under bizarre circumstances within seven years of marriage, her husband can be arrested, provided there is evidence of emotional cruelty.)

Some commenters have questioned why Vedi took her own life instead of seeking a divorce. Others blamed India’s patriarchal and homophobic culture for their loveless marriage. (Homosexuality is illegal in India according to section 377 of the country’s penal code.)

“We need to end homophobia in society, so that no one is compelled to take drastic steps such as this,” one Facebook commenter wrote.