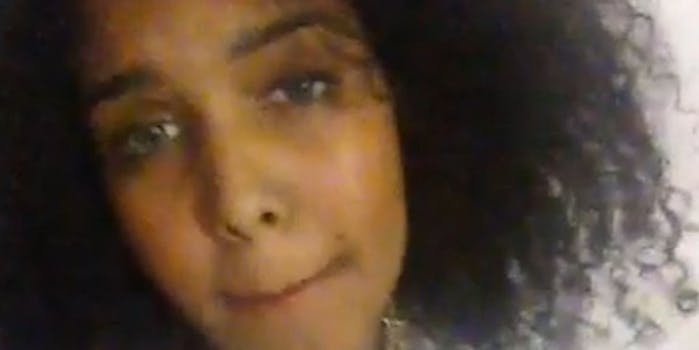 A Twitter user is claiming to be handing out millions of dollars in cash. But all signs point to this being a hoax.

If you subscribe to @MagicRecs, tonight some of you may have gotten a recommendation to follow @princessthot. Apparently she’s very wealthy and very into tweeting and very into helping the less fortunate, because earlier this evening she tweeted this:

That’s right. @princessthot was prepared to start handing out dough to those in need (not journalists, though, because they are leeches who almost destroyed her family). Strangely, though, she hates the family she’s protecting from the press; in fact they are her motivation for the entire thing.

i hate my father, he’s a useless piece of shit and he called me a whore so i’m making sure to drain all his money!!

A series of her followers tweeted that she was the real deal, and was sending them thousands via PayPal.

Thanks to @princessthot, I can finally afford a macbook! YAS

I used to be an atheist because people were just so cruel but after tonight, I think God exists. Thank you @princessthot

However, there are a few things that indicate @princessthot and her generousity are a hoax. (I know, I know, I just heard you sarcastically gasp, “No!” and clutch the fake pearls at your chest to mock me.) First of all: Who has $23 million in a non-FDIC insured PayPal account? Seems a little odd. Secondly, a few statements per @princessthot that don’t really add up:

She says she has a BMW…

MY DAD WOULD NEVER ARREST ME FOR THOSE OF YOU ASKING, THE WORST HE’LL DO IS TAKE MY BMW AWAY FOR A WEEK.

But in this tweet from earlier today she talks about riding the bus.

im pretty sure these little bitches on the bus just took a picture of me?????

Girl, I ride the bus. And I feel generous if I round up at dinner so my friends and I can just split the bill evenly.

Also, in the first photo of her father’s PayPal account, it says her father’s last name is Mendez. Here it is again.

Her last name appears to be Bonet, which was previously listed in her Twitter profile, according to Bioischanged.com.

And just to give you as much information as possible, this would appear to be her.

And, again, she won’t talk to the press. Sorry, BuzzFeed.

@hunterschwarz I don’t talk to the press, BLOCKED!

Sorry to dash the dreams of anyone excited for a free handout. This is very likely just a Twitter troll of the variety looking for RTs; it’s become a game to some (generally, very teenage) users to pull pranks that will get desperate users tweeting at them, either out of anger, shock, or gratitude. For reference, the Twitter poisoning hoax last week . And the games just proliferate when those in on the operation promote it and make it look legit. Take a look at some of the people saying @princessthot sent them money—they are of the same make and mold: the type who seek and beg and yell for retweets.

Anyway. Nope, no money. Save yourself the embarrassment.