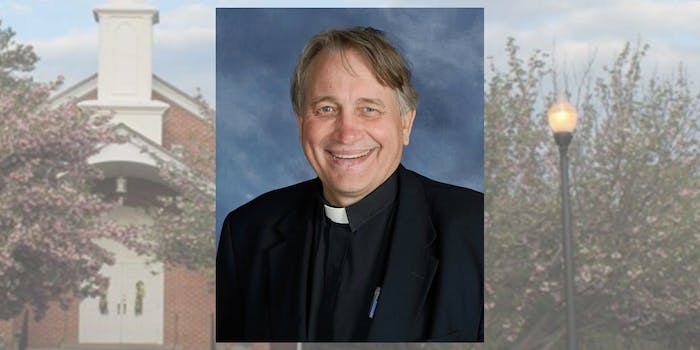 Priest calls police on Black funeral attendees, kicks them out of church

“Everyone get the hell out of my church,” the priest reportedly said to the family.

A funeral last Tuesday in Charlotte Hall, Maryland, came to an abrupt end when one of the attendees accidentally knocked over a chalice and the priest responded by kicking them out and calling the police.

Agnes Hicks had been baptized at Saint Mary’s Catholic Church as a child, and according to her family had always wanted to have her funeral there as well. According to The Root, the funeral was going just fine until one attendee went to hug another, and in the process accidentally knocked over a chalice and damaged it. Pastor Michael Briese reportedly told the family, “There will be no funeral, no repast, everyone get the hell out of my church.”

Adding even further insult to the grieving family, Briese then also called the police, who arrived as the family was carrying Hicks’ casket out of the church. The police determined that family had done nothing wrong, and escorted them to a church in another county where they finished the funeral. People have taken to the internet to express their disbelief at Briese’s actions towards the family, some using the #MourningWhileBlack hashtag.

Lets add #MourningWhileBlack to the long list of actions that warrant people to call police.
Family cussed out by a priest during the funeral who called police to escort them out.
Maybe the Pope can intervene. https://t.co/F1EZRzh9dP

Christ purposely allowed the spilling of his blood to save, but you best not accidentally spill this priest’s sacred chalice during a funeral. #PermitPatty & #BBQBecky – move over for #FatherRage. #MourningWhileBlack https://t.co/rQ6Xkq9QtT

People have also begun giving one-star reviews to his book, which is ironically titled “Spiritual Common Sense.” Others have gone to Google and Facebook reviews, and one of the attendees tagged the church in a post with videos from the funeral.

Never in my life have I ever experienced something so tragic. The way the family and friends of a dear family friend who…

The Archdiocese of Washington issued a statement in response to the event, saying in part, “What occurred at St. Mary’s Parish this morning does not reflect the Catholic Church’s fundamental calling to respect and uplift the God-given dignity of every person nor does that incident represent the pastoral approach the priests of the Archdiocese of Washington commit to undertake every day in their ministry.”