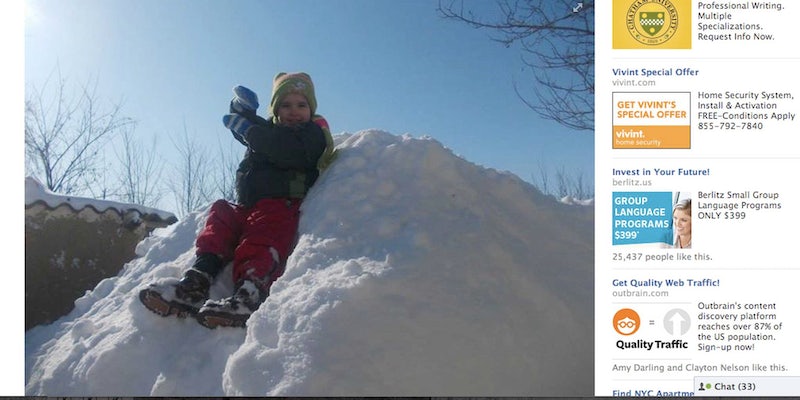 Here's a girl who taps to the beat of her own drum.

Your average beginner dance performance holds no interest to those without a child onstage, but there’s nothing average about this tap number some kindly soul uploaded to YouTube.

It’s not that the choreography, set to Follies’ “Broadway Baby,” is so dazzling or complex. The charm here has a lot more to do with one dancer in particular, toward the end of the chorus line, who appears altogether too excited to concern herself with synchronicity. In fact, at times, it looks a little bit like she’s performing at double speed. Talk about happy feet.

A Google translation of the video’s Portuguese description reads: “Girl does not follow the choreography and plays on stage during a performance of tap. Even without following the choreography, she managed to win over the audience.” That’s an understatement. She earns a deafening ovation.

To pick a favorite aspect of this delightful turn in the spotlight would sell the entire clip short: Is it that our little star belts out her favorite part of the soundtrack? Or how she bounces and twitches like something spring-coiled? Or the faces she makes at the somewhat confused girl next to her? One thing’s for sure—she’s mastered the art of blowing a kiss to her adoring fans. That talent ought to come in handy down the line.