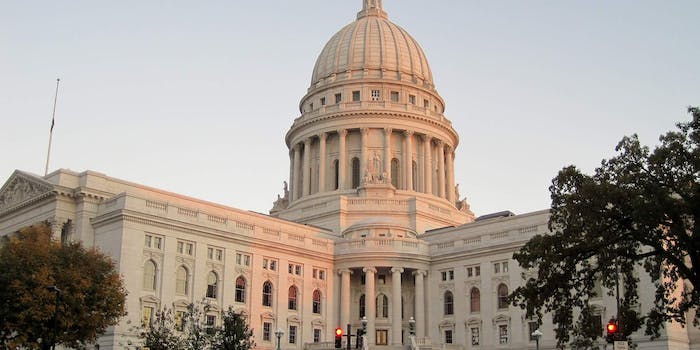 The 19-year-old was shot dead by a police officer on Friday night in Madison.

High school students in Madison, Wisc., staged a walkout at the state capitol building on Monday in the aftermath of the shooting death of unarmed 19-year-old Tony Robinson. He was shot dead by a white police officer on Friday evening, resurrecting unrest and reviving the #BlackLivesMatter hashtag and call to action.

The hashtags #justice4tony and #TonyRobinson have also gathered steam on social media, and that quest for justice came to life Monday morning in Madison. Parents, friends and the students who walked out of school gathered outside East High School for a moment of silence and some words from organizers before setting off for the Wisconsin State Capitol Building, an approximately 45 minute walk. 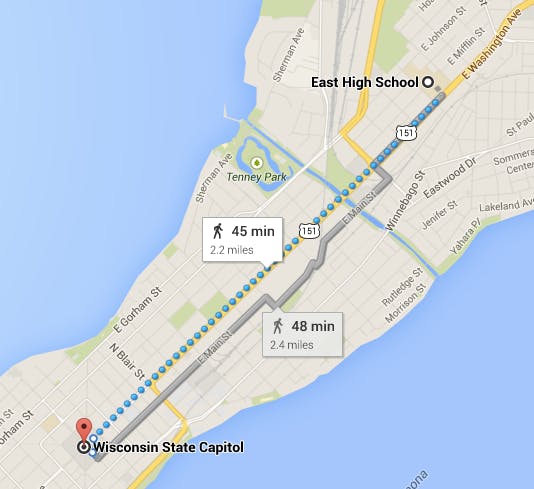 Moment of silence at first and E Wash #justice4tony pic.twitter.com/92QXUfIX7R

The participants peacefully chanted and danced their way there.

Student: "we started in the classroom and now we here!" #TonyRobinson #justice4tony #BlackLivesMatter pic.twitter.com/eIeOWAFmv1

Students chant #whose streets, our streets!" as they approach the WI Capitol building to demand #justice4tony pic.twitter.com/FBfi7CsTGs

Once the group arrived at the capitol building, they prepared for entry.

The parents formed a protective perimeter around the students, who did not have a permit to protest.

Adults will be forming perimeter to protect children as they take the streets #justice4tony #TonyRobinson pic.twitter.com/BILqSYCgqm

Once they inside the building, protesters filled the building’s multiple levels. Chants of “black lives matter” and “I believe that we will win” echoed in the capitol building’s rotunda.

Even younger students participated in the march for justice.

Middle schoolers present at the youthled march chanting Am I Next? As young as 11 years old. #Justice4Tony.

Then they headed to City Hall, where they staged a sit-in and asked Madison Mayor Paul Soglin to talk to them.

Mayor Soglin then came out to address them, saying via megaphone “In too many instances, the wrong options were selected.”

Mayor of Madison: the wrong choices were made, education was forgotten #justice4tony #TonyRobinson #BlackLivesMatter pic.twitter.com/5FqRgCVgSD

As of 1:53 CST, the protests were dispersing.