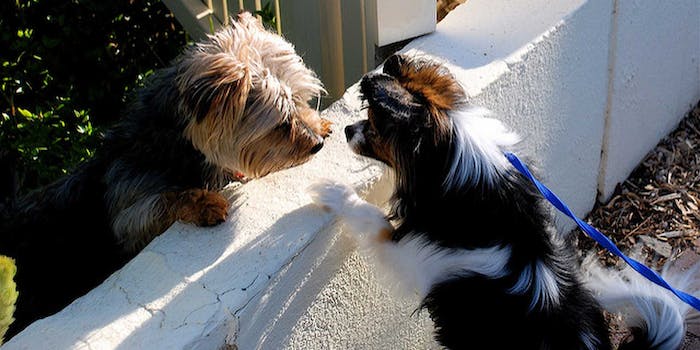 A man dares to go where no online dater has gone before: The Microsoft Office suite.

A guy named Hunter from Austin, Texas, found the girl of his dreams. The only problem? It was via Tinder. And the other problem? She didn’t live there. But that didn’t stop Hunter from pulling out all the stops.

Hunter matched with Amanda when she was in town for the South by Southwest festival. As so many of us do while traveling, Amanda swiped through Tinder to check out the local fare. She matched with Hunter who turned out to be a smitten kitten, and he was devastated to learn that Amanda was headed back to Chicago. 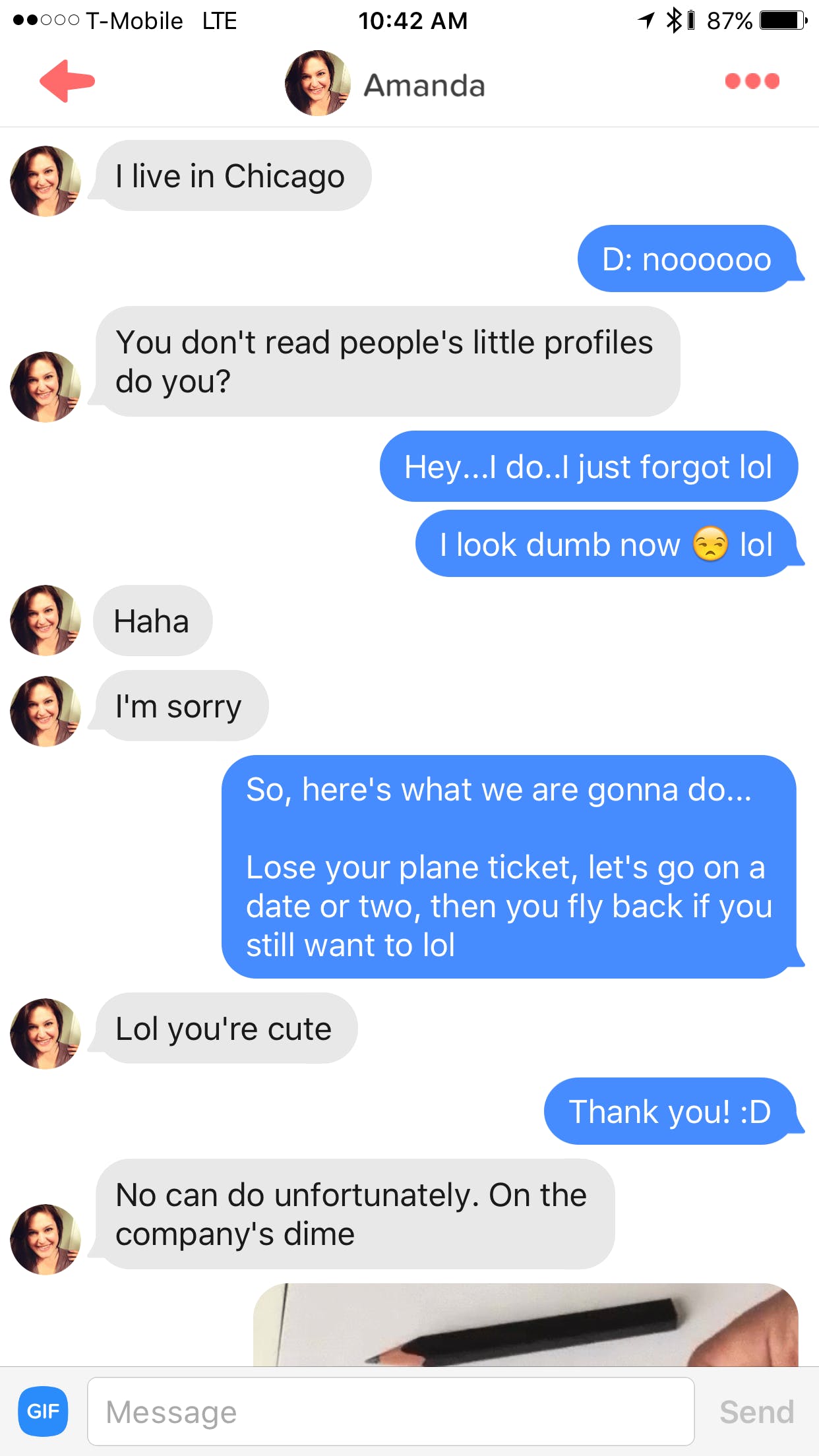 When it became clear that Amanda couldn’t stay in Austin, Hunter tried a bold gesture. “Can I at least give you a PowerPoint on why you should move to Austin before you leave?” he asked. And thus, a moving presentation was born. 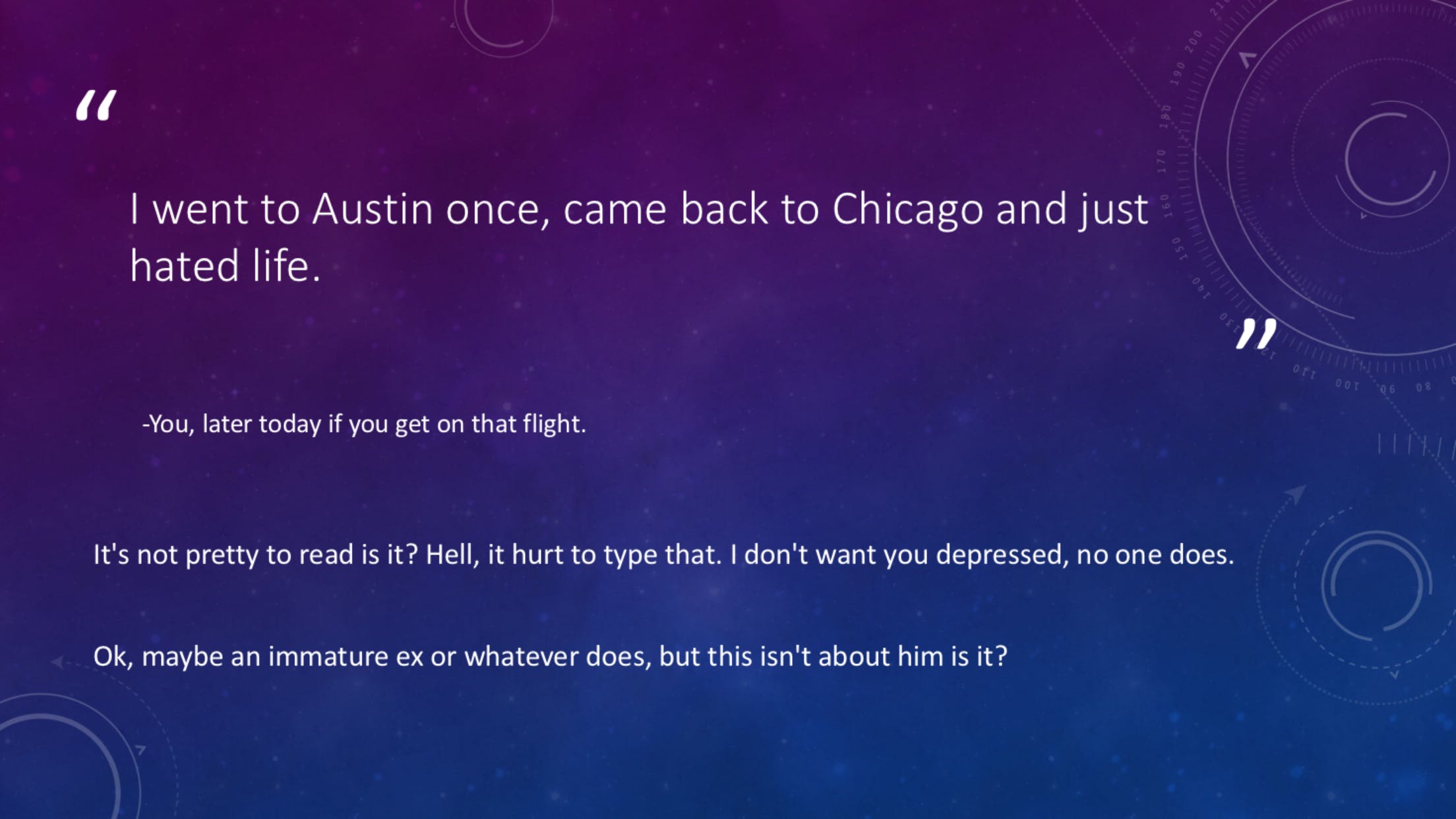 Notice the artful use of the gradient background. This is not Hunter’s first rodeo.

Subsequent slides provide facts about why Chicago sucks and why Amanda should seriously consider moving to Austin. In a slide called “But Hunter, what’s in it for me?” one bullet point reveals, “I could end up touching your butt.” Can’t argue with that.

Then he brought in the cute animals. 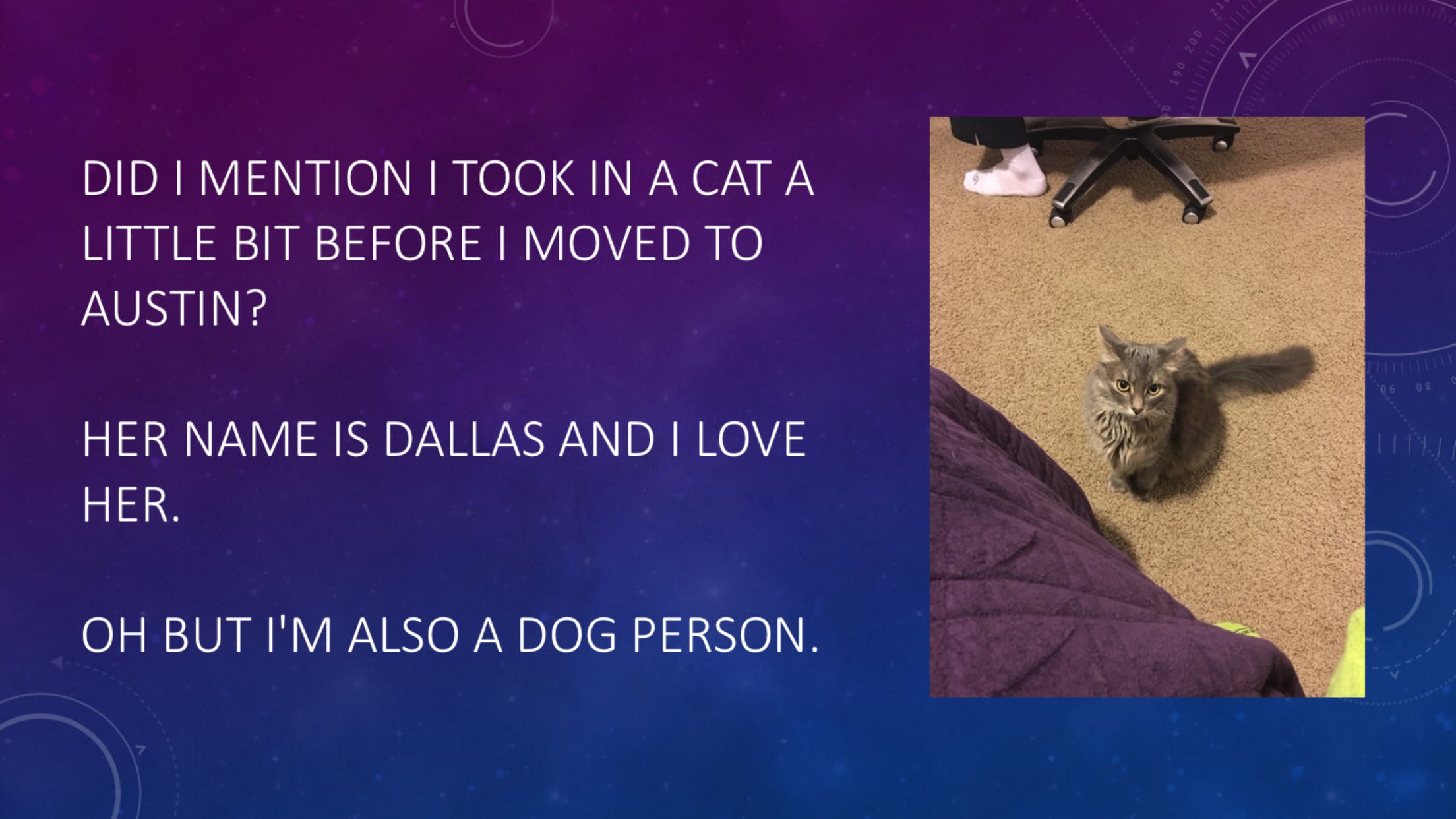 He even provides her with references. And somehow, through this wild gesture, Amanda did not seemed deterred. 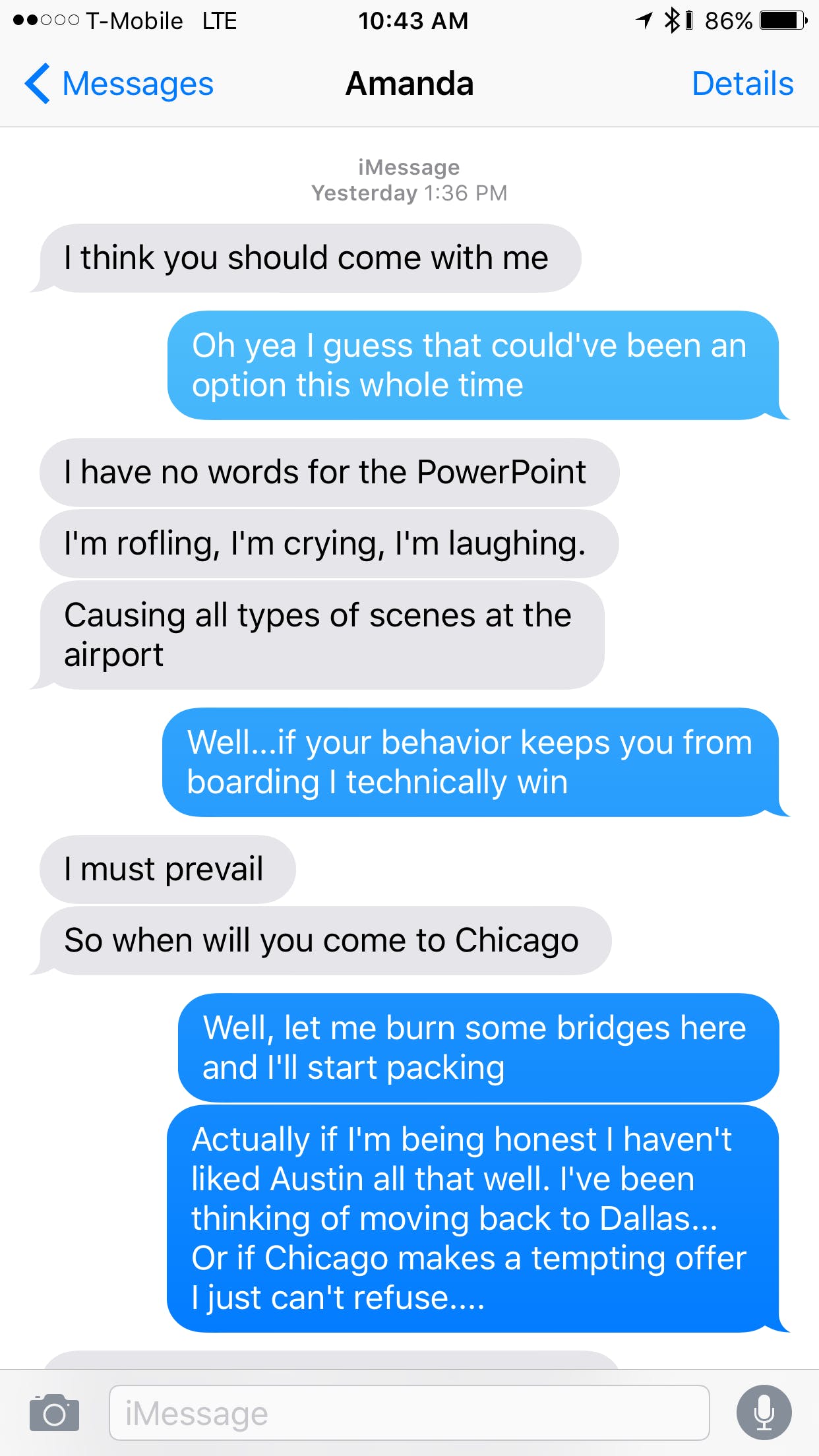 It’s like I’ve always said: There’s a lid for every crackpot.