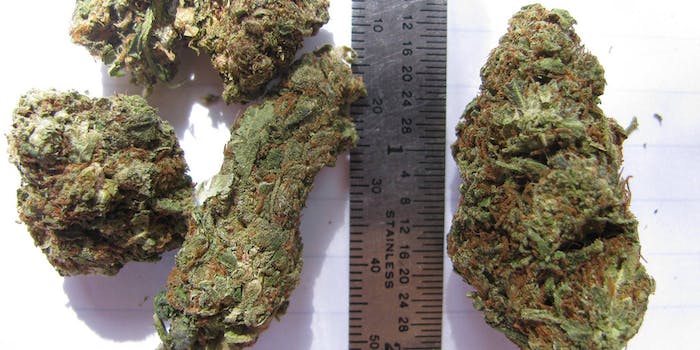 A 15-year-old girl at Quebec City’s Neufchâtel High School was reportedly strip-searched on the suspicion that she offered drugs for sale to a friend.

According to the Montreal Gazette, the strip-search took place last week, after the student reportedly sent a text message to her friend offering him “pot.” A teacher saw the text and confiscated the student’s phone before sending her to the principal’s office, where she was asked to take off her clothes while standing behind a blanket. The incident reportedly left her feeling “violated,” “destroyed,” and “ashamed.”

As long as strip-searches of students are conducted “in a respectful fashion,” says Quebec Education Minister Yves Bolduc, they may be carried out in Canadian schools.

After news broke of the strip-search last week, Bolduc defended the school’s actions, citing a 2010 government policy document that says school staff members are allowed to search students’ lockers and other personal effects. The document specifies that a strip search is allowed, if two or more staff members are in attendance and a “screen or cover is used to protect students if they are asked to remove their clothes.”

Despite Bolduc’s best efforts, Canadians have been flocking to social media to voice their outrage toward the school board and the strip search policy:

Jean-François Roberge of the political party Coalition Avenir Quev has issued a call for Bolduc’s resignation. “It was completely, completely wrong to say that it’s OK to force a teenage to get nude just because the principal thinks that maybe she has some drugs on her,” Roberge said. “And I would have thought that the minister would stop this and say it’s wrong. But no, no, he said it’s good and there’s no problem with this.”