Why are so many people selling positive pregnancy tests on Craigslist?

Is there an underground network of pregnancy test pushers?

Troubling new trend alert: In the last few months, there’s been a preponderance of Craigslist ads selling positive pregnancy tests. In May, a woman in Buffalo offered hers for $25, apparently as a response to heightened demand: 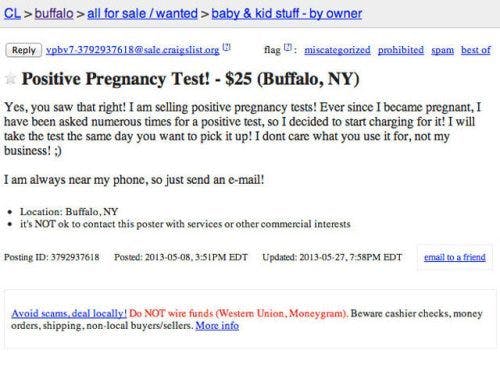 Then another seller in New Jersey decided to follow suit and offered $25 for her pregnancy test, in case you wanted to “get your boyfriend to finally pop the question” :

Even more troubling, the sellers assure they won’t ask questions and don’t care what the tests are being used for. However, there aren’t very many uses for a positive pregnancy test, outside of confirming a woman is pregnant. Unless you want to make, say, a dreamcatcher.

Could it be these tests are used for more nefarious purposes? Yes, that’s definitely the reason. Take this seller from Dallas: 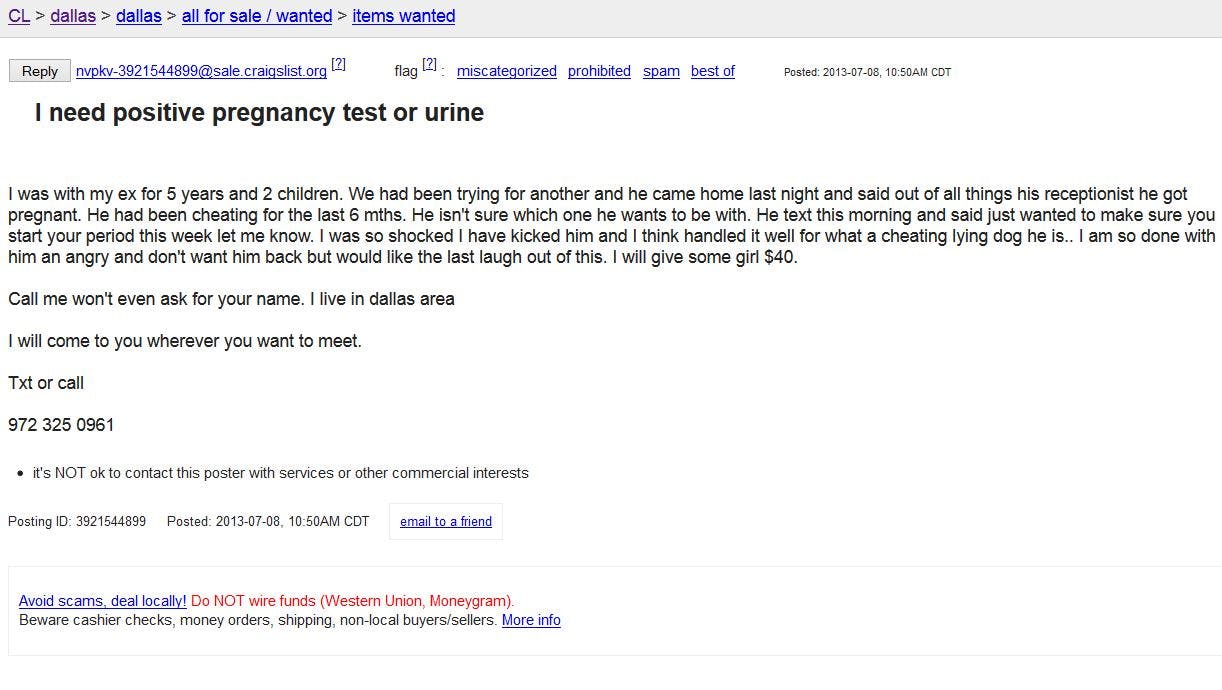 This ad from Conroe, Texas, which has been branded by the website MediaTakeOut, echoes the previous ads and even hints at a possible ratchet network of women seeking positive tests. Or rather, “help.”

The ads continue to appear across the country, all with the same no-questions-asked, I’m-always-by-my-phone language. Might there also be a market for negative pregnancy tests? Sort of torn on this issue. I’m all for women with a business plan, and the concept of a ratchet network intrigues me, but this might be taking the idea of “lean in” a little too far.