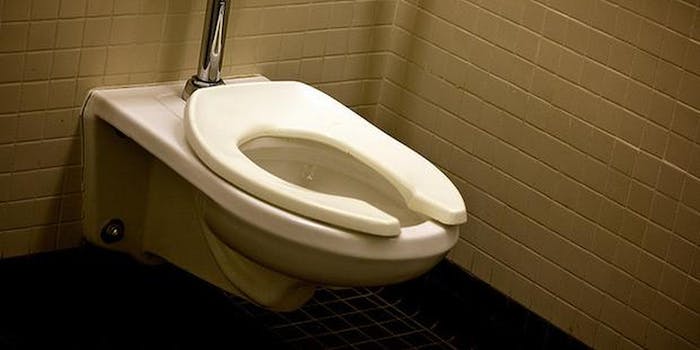 Pooductive is an app meant for the toilet, but with a good cause.

If you’re reading this story while on the toilet, you’re part of an international celebration: Today is the UN Water’s World Toilet Day, designed to highlight the fact that 2.4 billion people worldwide live without safe sanitation.

World Toilet Day is also the relaunch date for an affiliated app which combines our secret habit of reading on the loo with raising awareness about this health crisis, the Guardian reports. And the name of the app couldn’t be more blunt: Pooductive.

Pooductive “lets you chat and play games with local and global friends or strangers, who are on the toilet, somewhere across the world, at the same time as you,” according to its website. The creators add “the fact that there is little to do whilst tending to ‘number two’ is common knowledge, and truly a first world problem.” Anyone who has ever read the back of a bleach bottle while bored on the throne will probably agree with that.

So, whenever you bring your phone to the “smallest room,” Pooductive lets you connect to strangers for a game of toilet tic-tac-toe or just a nice chat. Pooductive is available for free through the Apple Store and Google Play.

Though it make result in giggles, World Toilet Day is meant to remind us of the billions of people worldwide whose lives are endangered by poor sanitation. The World Health Organization states that 760,000 children under five die of diarrhea each year, adding that “a large majority of these deaths are attributable to unsafe water, inadequate sanitation and poor hygiene.”

Taking one’s smartphone into the bathroom is fast becoming standard behavior in the developed world. In a recent survey using Survey Monkey Audience, 61 percent admitted to taking their phone with them when they use the toilet and 31 percent admitted to staying in the bathroom longer than normal in order to finish an activity. So, if you’re going to be on the porcelain perch for awhile, you might as well sit down with an app that aims to make a difference.