Its sister site for Muslims already has 25,000 users.

You may’ve believed a dating site for every possible niche already existed: matching partners based on farming practices, connecting with someone of a similar height, even hooking up for an extramarital affair. So how does one break into the highly saturated matchmaker market?

Tap into the polygamist community.

“I can do anything online,” web entrepreneur and polygamist Azad Chaiwala told the Daily Dot. “I can buy a burger. I can actually find a bathtub. But I couldn’t find a solution for me to find additional wives.”

So in late 2014, Chaiwala, who claims to have made his first million at age 21, started Muslim-oriented dating site SecondWife.com. The site now boasts 25,000 users in the U.S. and the U.K., regardless of polygamy’s illegality in both regions.

It was through the process of creating SecondWife.com that Chaiwala noticed there was an interest in polygamy outside of Muslim communities. In fact, according to a BBC documentary series, there are 20,000 unregistered polygamist marriages in the U.K., where the company is based. This led him to launch Polygamy.com earlier this year, which currently stands at about 4,000 members.

“We’re providing a service to polygamists,” Chaiwala said. “We’re filling the gap for an absolute demand.”

Using Polygamy.com is as standard a process as any other dating site. It asks for your preferred age range, ethnic origin, drinking and drug habits, body type, hair, and eye color. From there, you are matched to a slew of people located throughout the country and beyond. A premium membership offers unlimited messaging and access to all private photos uploaded by users, and also features a different user’s profile each month. 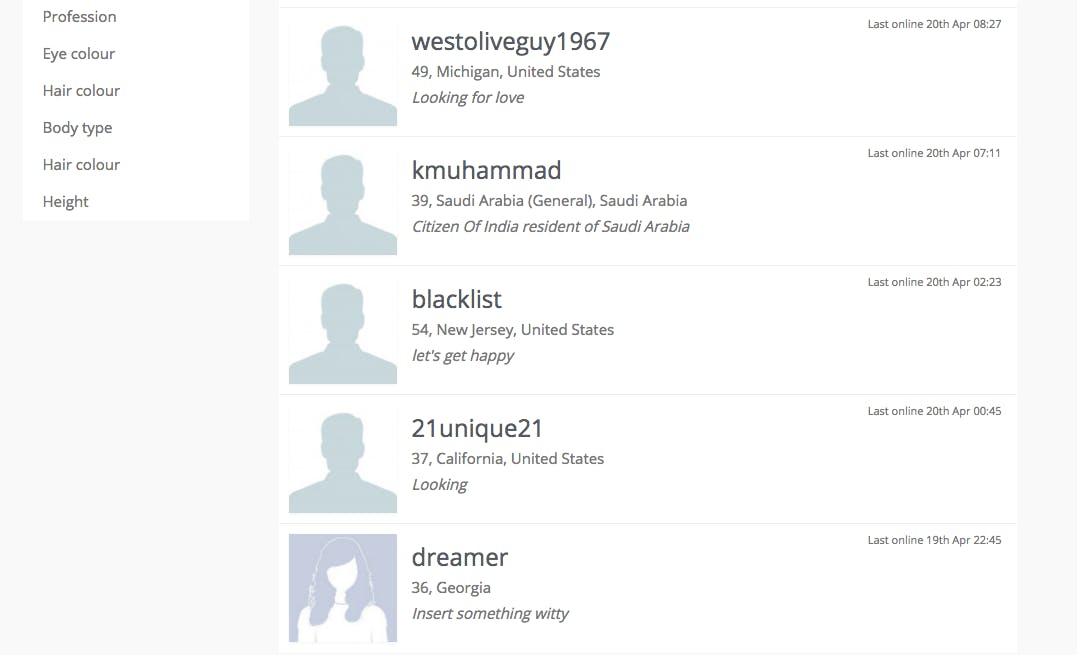 And yet, despite the site’s ordinariness, Chaiwala says he and his team are having a hard time getting the word out about it because of the long-held stigma surrounding polygamy.

“Imagine the struggle of the people who are homosexual, what they went through,” Chaiwala said. “We’re almost feeling like we’re going through the same thing. Nobody has actually learned from what’s been happening over the past century or so with people’s rights.”

Though some would argue the fights to recognize same-sex marriage and plural marriage are not exactly the same thing (think immutability), Chaiwala feels that not just users but also advertisers have been prejudiced against the site. Initially, the company set aside more than $260,000 to use toward advertising, but has only managed to spend roughly 3 percent of that money. A radio spot they had secured was dropped after a week because several listeners found the subject matter unsettling.

“It’s not because it’s an illegal subject, it’s because people are uncomfortable with it,” Chaiwala said.

The illegality of marriage, he said, is hardly a barrier in taking matches to the next level. Ceremonies can take place privately in churches, synagogues, mosques, beaches, or barbecues. He said as long as the union is recognized through the eyes of God or personal social circles, the marriage is valid.

“You don’t need a piece of paper to say, ‘Oh, I love somebody,'” Chaiwala said.

The bright side to having a seemingly controversial site, though, is that there is little competition at the moment. But he’s expecting that to change as the stigma associated with polygamy goes down—which is something he’s banking on.

“It always takes one person to make the first step,” Chaiwala said.