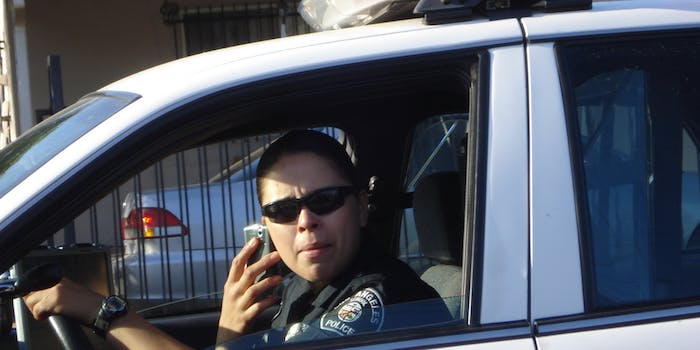 Is yours one of them?

When police turn to technology to catch a criminal, innocent bystanders—and their personal information—get caught in the fray.

At least 55 local and state police departments in 22 states and the District Of Columbia own stingrays, surveillance devices that can dupe your phone into offering up its location and other information, according to the American Civil Liberties Union. At least nine agencies in California own the gadgets. Six local police departments in Maryland and five in North Carolina are also known to have them.

Still, it wouldn’t be accurate to say you’re most likely to have your cell phone tricked in the 22 identified states. Authorities in other parts of the U.S. may secretly be using stingrays, so actual usage overall is probably a lot higher than what’s been calculated.

A dozen federal agencies, including the FBI, Secret Service, Drug Enforcement Administration and Immigrations and Customs Enforcement are also known to use the devices. 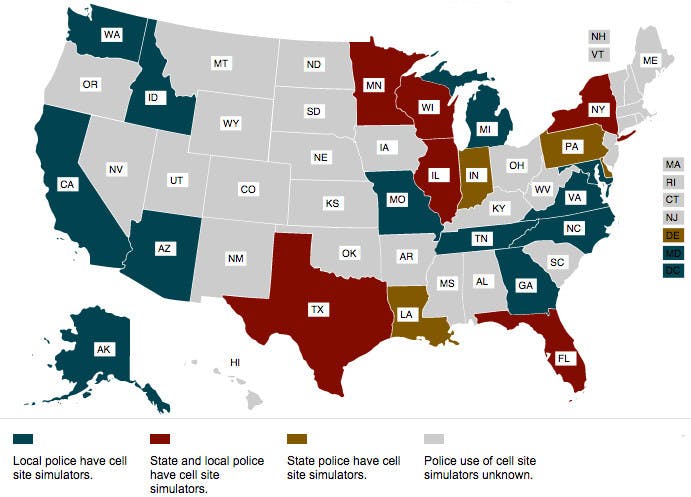