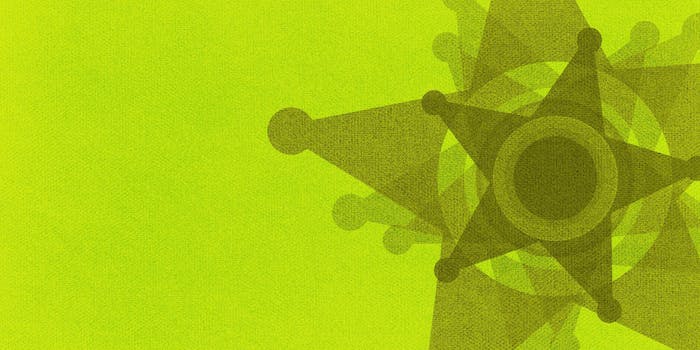 Less than one second later, a shot is fired and 28-year-old Wilmington, Delaware, man Jeremy McDole appears hit. Four officers close in on the wheelchair-bound McDole—they have been dispatched and told that a man has shot himself in an Autozone parking lot, and that he remains armed.

Following the first shot, police shout at least 15 different versions of “put your hands up” at McDole. They yell “drop the gun” three times.

“They shot his ass,” an unidentified man says while filming phone footage that will soon become viral, international news.

McDole begins to slide his hand toward his jeans pocket. Immediately a barrage of gunfire hits McDole. He falls out of his wheelchair and rolls over.

Police Chief Bobby Cummings said the next day that McDole was armed and reaching for a weapon. Police also reported finding a .38-caliber handgun next to McDole in the aftermath of Wednesday’s incident.

“This was murder,” she told Wilmington’s News Journal. “He shot my son like he was roadkill… He wasn’t bothering anybody. He didn’t have a weapon or anything… He stood up and pulled his pants up and sat back down and put his hands on his lap and they opened fire on him… He wasn’t armed. He didn’t have a gun. He died by himself. He died alone.”

The officers involved—who have still not been identified publicly beyond confirmation that three were white and one Hispanic—are on administrative leave.

While McDole’s gun is not visible in the footage, authorities on the scene had been told that he was armed. Late Friday, Wilmington police released some of the audio from the 911 call confirming as much.

The witness tells the 911 operator that a man shot himself, that “he’s on the ground and he’s moving around and he’s got a weapon in his hand.”

During Thursday’s city press conference, Mayor Dennis P. Williams was interrupted by Phyllis McDole. “This was an injustice,” she said.

A protest-tinged vigil followed, with Jeremy’s nickname, “Bam,” spelled out on a traffic cone adorned with flowers that marks where he died. His sister told the News Journal that Jeremy did not own a gun.

Associate professor at John Jay College of Criminal Justice and retired Newark police captain Jon Shane told the News Journal that he thinks the officers’ actions were consistent with their training. He notes that they had reason to believe McDole was armed, and that officers are taught to treat “every gun as real until they find out it is fake.”

Shane believes should the matter go to court, the officers will be able to prove use of force was justified.

Many of the viral video’s YouTube comments call McDole’s death an “execution.” Across Twitter, the activist hashtag #JeremyDole sparked outrage and alluded to police brutality. Many dispute the official police report that McDole had, in fact, been armed.

The Department of Justice’s Office of Civil Rights and Public Trust is conducting an independent investigation. On Friday, Gov. Jack Markell called the footage “deeply troubling.”