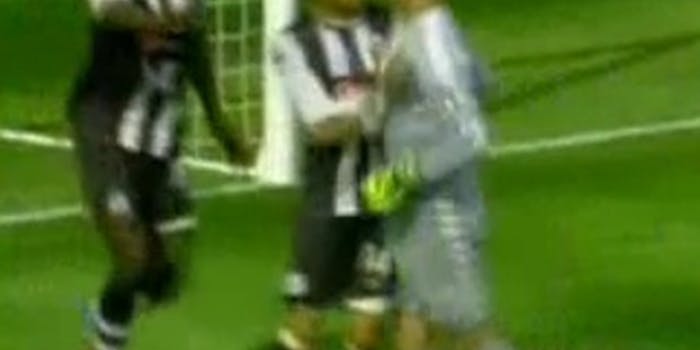 Another twitter user to be jailed for racist tweeting?

U.K. authorities have already sent one Twitter user to jail.  Is another on his way?

Another young soccer fan may soon be doing time for racist tweets.

“”I want to punch perch in his n***** head!” wrote a Twitter user believed to be a 17-year-old Liverpool fan. Other tweets call the player the “c-word”.

The tweet came after Newcastle United player James Perch clashed with Liverpool goalkeeper Pepe Reina on April 1. Reina was sent off the field during his team’s 2-0 loss.

As in the similar Stacey case, a number of other people tweeted at the alleged abuser to tell him that the police would be informed. Newcastle area police received a complaint, but officers in County Durham will investigate as the alleged tweeter is from that area, The Guardian reported.

The incident comes hot on the heels of the Liam Stacey case, another investigation into soccer-related racist tweets, which raised questions over freedom of expression online.

Should the tweeter be taken to court over his comments, he may face time in prison. In the Stacey case, the accused student, who admitted inciting racial hatred over comments about Bolton Wanderers midfielder Fabrice Muamba, was jailed for 56 days, though there was little in the way of precedent.