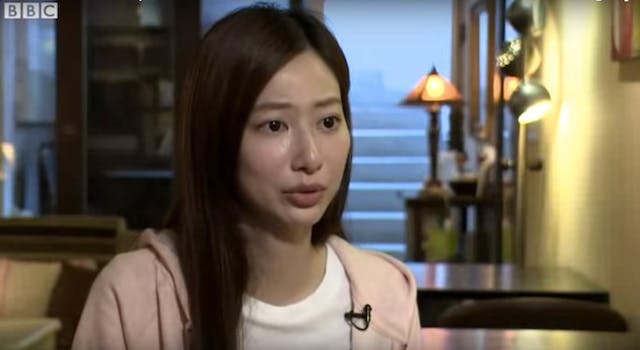 The dark side of something going viral.

Some memes just won’t die—and they can truly take a toll on the real people behind them.

In 2012, Taiwanese model Heidi Yeh posed in an ad for cosmetic clinic that she claims was supposed to only run in print publication. The photo depicts parents with big eyes and long noses, but their three children’s facial features don’t reflect mom and dad’s. Its caption reads: “The only thing you’ll ever have to worry about is how to explain it to the kids.”

The agency that was in charge of the advertisement ended up posting it online, which was when hell broke loose for Yeh. A Chinese tabloid attached the picture to a well-known hoax story that claims a woman that was divorced by her husband because he discovered that she had plastic surgery after their daughter was born. The story dates back to at least 2004, and has been proven to be untrue on numerous occasions, but the tabloid’s use of Yeh’s photo gave its account extreme viral momentum. 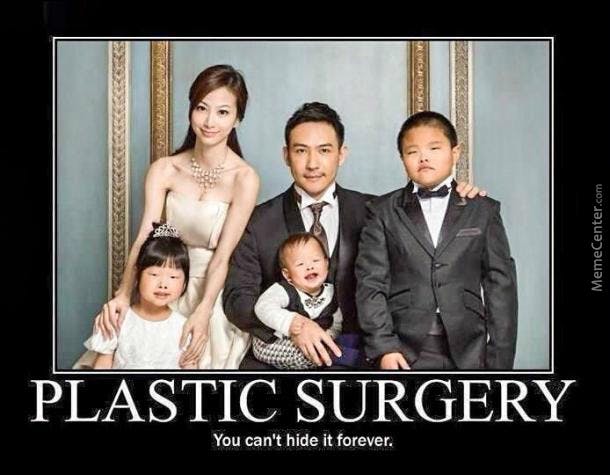 In an interview with BBC, Yeh claims that the pairing of the advertisement and urban legend has ruined her life. A former KFC commercial star, Yeh says she began to get less work and that she believes a boyfriend at the time broke up with her over the rampant rumors about plastic surgery. Her current fiancé’s family have also pestered her with questions.

In October, she held a press conference with the help of a Taipei city councillor where she threatened to sue the clinic and agency who refused to take down the image until shortly before the conference.

This situation calls attention to the Internet’s lack of compassion and failure to realize that there’s often a person behind the meme. (It also raises some interesting questions: Why didn’t anyone stop to think that maybe it was the husband who wasn’t being truthful, and has anyone ever heard of recessive genes?)