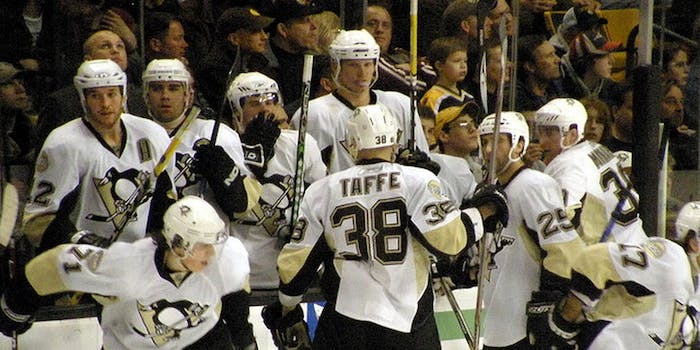 National Lampoon’s Christmas Vacation is a holiday classic, and one of the few Christmas movies that warrants marathon viewings (sorry boutcha, A Christmas Story). The Pittsburgh Penguins just took the 1989 film to the next level.

The hockey team not only parodied the movie for their “holiday e-card,” they actually inserted team members into scenes. Randy Quaid’s busted RV makes an appearance, as does Chevy Chase’s epic lighting ceremony. Yep, the killer squirrel is in there too.

Photo via Dan4th Nicholas/Flickr (CC BY 2.0)