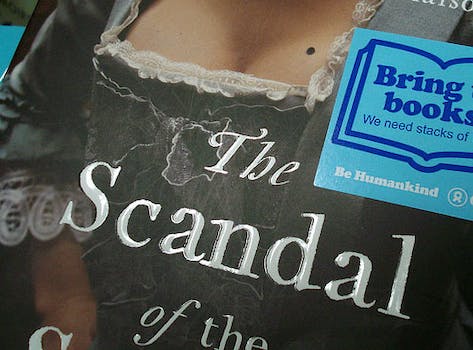 The "independent" firm hired to monitor the anti-piracy program that's about to be implemented across the U.S. has received more than half a million dollars from pro-copyright companies.

The independent consulting firm responsible for making sure you don’t get unfairly punished for downloading copyrighted content this fall has actually functioned for years as a paid lobbyist for the Recording Industry Association of America (RIAA).

That’s potentially a severe conflict of interest, because the RIAA has a notorious history of pursuing copyright enforcement at the expense of Internet rights, ranging from suing a man for $675,000 for downloading 30 songs, to advocating that users suspected of illegal downloading have their Internet connections shut down, to lobbying for the infamous Stop Online Piracy Act (SOPA) while privately admitting that bill was “not … an effective tool.”

Whether this is truly a scandal boils down to the functions of the upcoming Copyright Alerts System (CAS). Also known as the “six strikes” system, the CAS forces the five most popular Internet service providers (ISPs) in the U.S. to issue up to six graduated warnings and punishments to those who use peer-to-peer file sharing software. Many fear the CAS is a threat to Internet freedom, citing the fact that it could lead to users being misidentified as criminals, sued by copyright holders, and even disconnected from their Internet service.

The executive director of the program, Jill Lesser, insists that copyright-holding corporations wouldn’t be able to unduly influence how Internet users are treated under the CAS, because the system CAS uses to catch illegal activity, MarkMonitor, will be monitored by an independent consulting firm called Stroz Friedberg. In a blog post dated Oct. 18, Lesser wrote:

[W]e retained a recognized technology expert, Stroz Friedberg, to evaluate the content community’s system (run by MarkMonitor) for identifying alleged infringement over peer-to-peer networks. MarkMonitor uses both trained professionals and automated processes to identify illegal downloading[…]and the system is designed to eliminate false positives. Stroz Friedberg has completed its initial review of MarkMonitor’s methodologies and found that the system is accurate and works properly.

However, as TorrentFreak points out, Stroz Friedberg was the RIAA’s lobbying firm in Washington from 2004-2009. According to lobbying records hosted at OpenSecrets.org, the RIAA paid Stroz Friedberg a total of $637,000 during that period, and save a $20,000 payment from the French media conglomerate Vivendi in 2004, the firm hasn’t received lobbying money from any group except the RIAA.

It bears noting that the RIAA, as well as another industry group that aggressively pursues copyright protections, the Motion Picture Association of America (MPAA), has openly been
part of the CAS’s development since it was first announced in 2011.

Lesser, who has twice before granted interviews to the Daily Dot to clarify how the CAS works, denied a request to speak about Stroz Friedberg’s involvement. Instead, she issued a statement defending the decision to hire that firm:

We are confident in the Stroz team’s skill, competency and ability to honestly and fairly review the content community’s methodologies […] The prior, and completely separate, relationship between Stroz Friedberg and RIAA is irrelevant to our choice and our work.”

She added that the CAS would continue to retain Stroz for consulting.

If you’re uncomfortable with a Stroz-approved Internet connection, you’ve only got a few weeks to switch to a smaller Internet service provider. AT&T users will see the CAS take effect Nov. 28. The other participating ISPs—Comcast, Cablevision, Time Warner, and Verizon—will begin the process in “the coming weeks,” according to Lesser’s blog post.