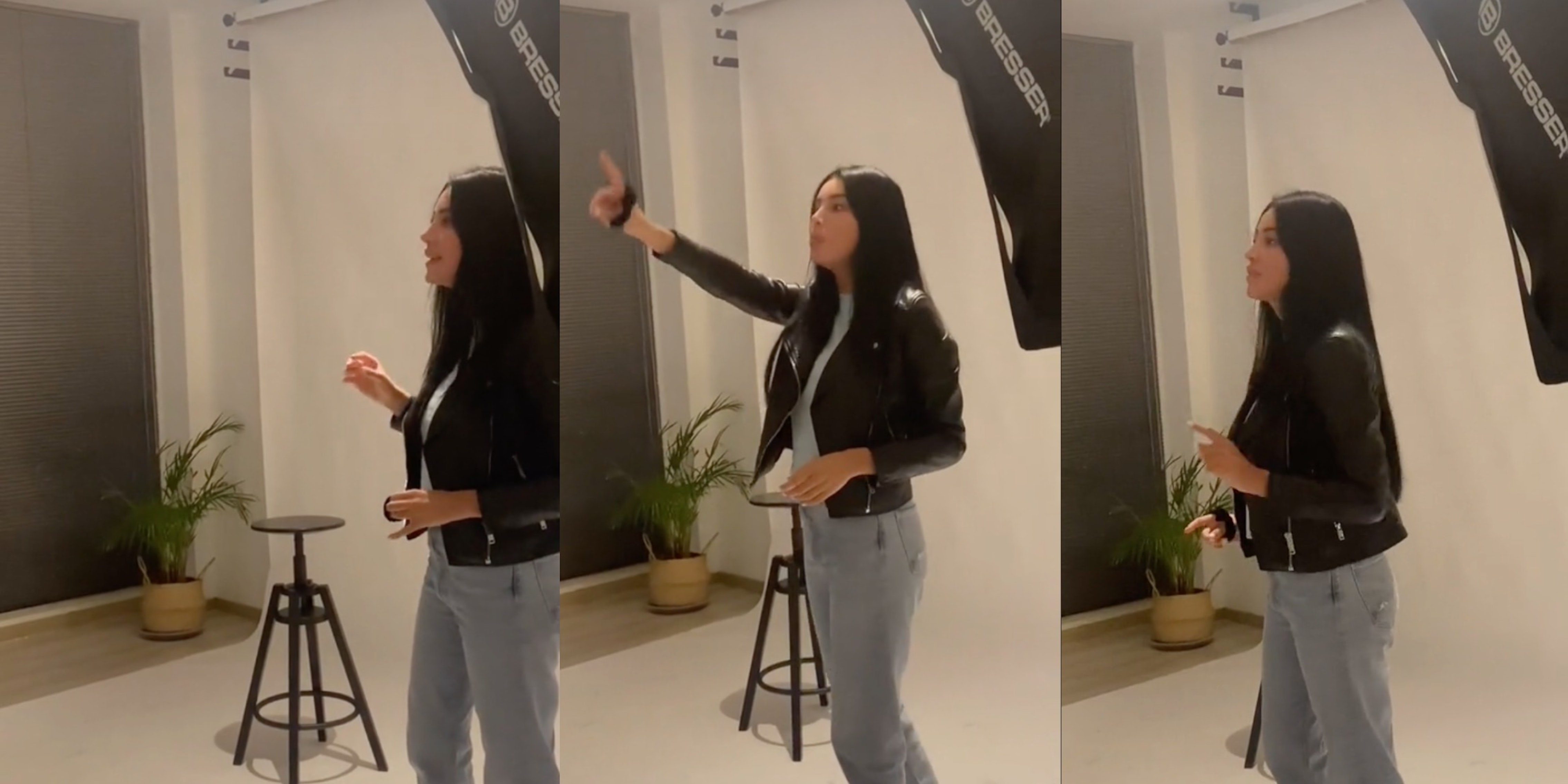 ‘You are very lucky that I am secure in my body’: Model confronts photographer after he tells her to starve herself

'If there was another model who was standing here and was concerned about her body...'

A model has gained viral attention on TikTok after confronting a photographer who allegedly suggested she not eat in between photoshoots.

In the video, filmed by her friend who was on set, Belgium-based creator @Thewizardliz sets the photographer straight about what is and is not appropriate to say to models.

@Thewizardliz can be heard telling the unidentified photographer that he should choose his words carefully, because they can have a big impact on the models he works with.

“I was at my shoot today and the photographer told me to not eat until the next shoot so I would lose weight,” the text overlay on the video reads. “My friend was secretly filming me.”

The clip shows how @Thewizardliz reacted to the apparent remarks, and it has gained 4.4 million likes and 16.9 million views on TikTok since being posted on Saturday.

“You are very lucky that I am secure in my body and that I love myself, but if there was another model who was standing here and was concerned about her body, that one comment that you made would eventually make her go insane,” she says. “She would stop eating, weighing herself, her hair would fall out, her organs can die, literally. She can die because of that one comment that you made.”

@Thewizardliz later wrote in the comments section of the viral clip that the clients she was posing for have been apologetic about the situation.

“BTW The clients know my size, they loved my look. He is only the photographer. THE CLIENTS pay me. They are calling me non stop apologizing,” she wrote. “This [may] be too dramatic for some of y’all but people are dying because of [eating disorders] it’s not a joke, things like this can leave a big impact on someone.”

She noted that some commenters were telling her to take his remarks as advice, to which she said it was categorically bad advice, as she is already underweight.

“People that are saying take it as advice: my sizes are EXTRA SMALL I am underweight for my height!!! I was trying to gain weight actually,” she wrote. “TELLING ME TO NOT EAT IS NOT ADVICE!!!! This is inhumane and dangerous.”

She also revealed that the photographer was allegedly fired.

In a followup video, @Thewizardliz thanked commenters for their “love and support.” She also explains how her friend started filming her reaction because @Thewizardliz has a platform, and her friend was hoping she would eventually post the video to raise awareness. @Thewizardliz says she was initially upset with her friend for filming her vulnerable moment and that she didn’t want to post the clip. “Speaking up does make a difference. It is important, and you should love yourself first,” she says.

The Daily Dot has reached out to @thewizardliz via TikTok DM and email.