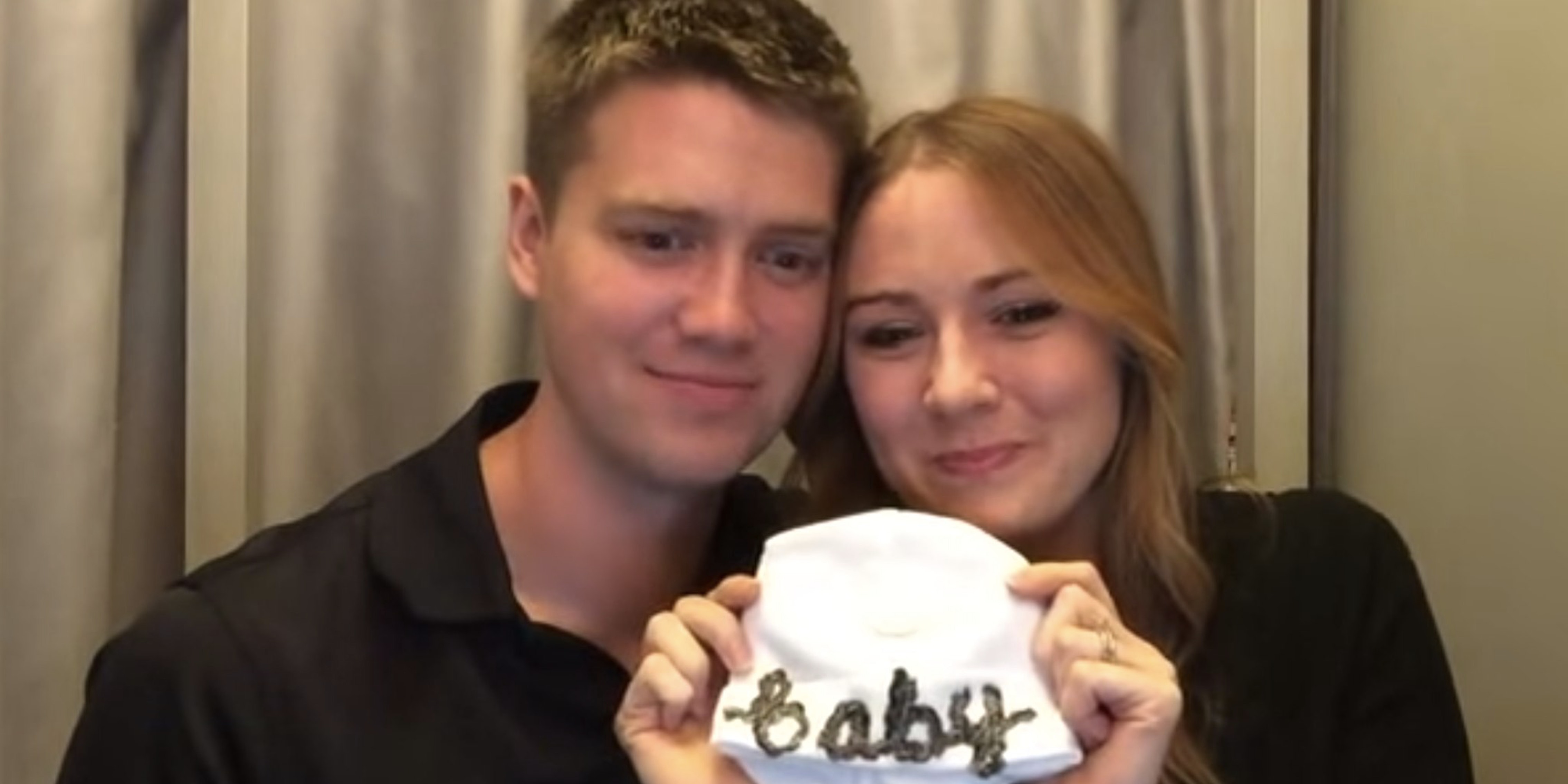 It seemed like the appropriate place for this couple who love photobooths.

Many couples share a “thing,” like stamp collecting, taxidermy, or Twilight/The Price Is Right slashfic. One Minneapolis woman for whom photobooths were her “thing” with her husband decided to tell him that she was pregnant in the midst of a booth photo shoot.

Jessica Devins, the wife in the video, described the scene in third person on the YouTube page:

“These two love photo booths. A ton. It’s a tradition that they can track back to their first date. Now they can’t walk past a booth without stopping. But this time was different and he wasn’t expecting the surprise his wife had planned for him.”

Devins said that she was able to capture the moment by taping her iPhone to the wall of the booth, something she’d started doing months prior to the announcement, so that her husband wouldn’t be suspicious when it finally came time to share the happy news.

“We are just over the moon with joy and then to see how many people like our video is just heart warming!!” she wrote. “We posted it hoping that it would inspire someone else someday.”

As far as viral announcements go, this one is pretty darn adorable.