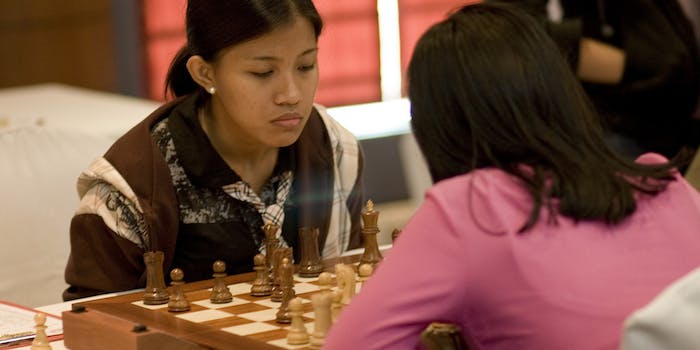 A proposed anti-harassment bill is meant to protect women online, but could also lead to censorship.

In the wake of the Philippines’ announcement that the country’s legislature is considering a “Magna Carta of Internet Freedom,” one of its senators has filed a bill that would limit that freedom.

As the Daily Dot reported yesterday, this Magna Carta would “guarantee Internet rights to Filipinos in a host of categories. Those include guaranteeing free speech and promoting universal access for citizens. That point goes so far, it even prevents places that offer Internet to guests, like schools, hotels, and Internet cafes, from regulating content.”

Senator Nancy Binay’s bill, called the Electronic Violence Against Women, or E-VAW, bill, would “regulate the exploitative and irresponsible use of social media that has become a mode of disseminating scandals involving both television personalities and private individuals.” It contains punishments of one month to six years for the perpetrators.

How the two bills could possibly coexist is uncertain. What is certain is that not all those who supported last year’s abandoned bill to severely curtail Internet freedoms have had a change of heart.

Protecting women against severe online harassment is hardly controversial. It is the language that makes it so. Binay’s bill is in essence, a very broad anti-cyberbullying act.

The “electronic violence” the bill guards against is defined as “any act involving the exploitation of data that can cause or is likely to cause mental, emotional and psychological distress or suffering to the victim,” according to Global Voices Advocacy.

“Any” act that causes “distress”? Could someone spend six years in prison for calling another person a dummy on Facebook? It certainly looks that way. Binay gives examples of such actions but does not appear to limit them.

Under the law, a person who considered themselves victims of this crime can apply for an immediate “E-protection order,” which would result in “the immediate blocking, blacklisting, removal or shutdown of any upload, program or application that causes or tends to cause violence against the victim.”

“In its current draft,” as Mong Palatino writes, “the law clearly runs to the risk of censoring online content that is perfectly legal.”

Binay has written and spoken about her intent, to protect women, and it certainly seems sincere. Well, the road to hell, it is said, is paved with good intentions. And this bill is chock-a-block with them.

Unless the draft is amended in such a way that it avoids criminalizing speech wholesale, Binay and her supporters may wind up throwing the baby out with the bathwater.