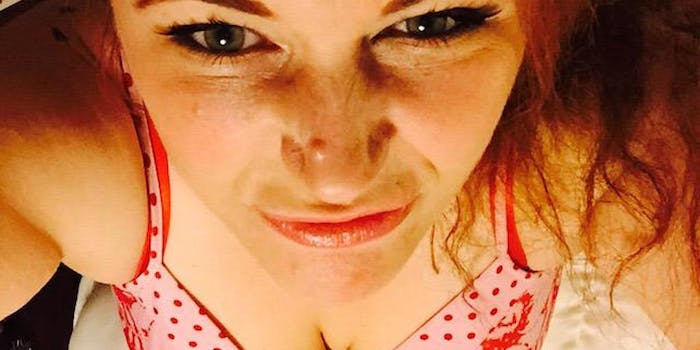 Pastor Hutchings of Sussex, New Brunswick doesn't like seeing cleavage. But these ladies are giving him no choice.

In a recent Facebook post, New Brunswick pastor Philip Hutchings attempted to shame women for displaying their cleavage on social media. Now, outraged women want to retaliate and make Pastor Hutchings feel like a total boob by showing him theirs.

Here’s what Hutchings’ (now-deleted) post said, via a preserved screengrab on CTV News: 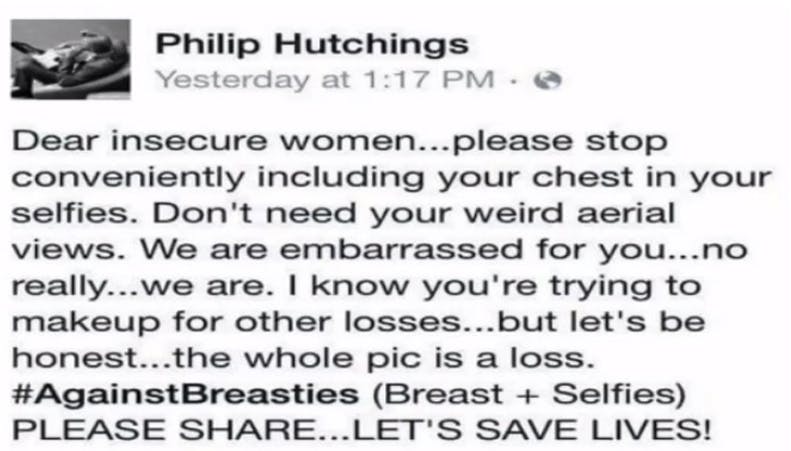 Hutchings ended his message by coining the term “breasties,” which he helpfully explains is shorthand for “breast + selfies.” He encourages his followers to share his anti-breasties message if they want to “save lives.”

In response to Hutchings’ ridiculous post, women decided to share selfies featuring their own cleavage, along with the hashtag #BreastiesStrong.

@HLCCentre Dear Insecure Rev Hutchings. Our beautiful bodies were made by God. I WILL NOT BE SHAMED! #breastiesstrong pic.twitter.com/r9LVr0GzvY

The church did not respond to the Daily Dot’s multiple requests for comment. For his part, Hutchings has only commented on the controversy with the following tweet:

Although Rev. Hutchings probably thought he was adhering to Christian values by publicly coming out against cleavage selfies, former pastor Jason Stellman, the co-host of the Drunk Ex-Pastors podcast, says that Hutchings’ anti-boob stance was profoundly un-Christlike.

“It is not having a female form, but fear of the female form, that reeks of insecurity,” Stellman told the Daily Dot. “Plus, if your worldview toward women in general and breasts in particular is such that it prohibits you from ever entering a museum, or Europe, for that matter, then maybe it’s not females who are too free, but you who are too shackled?”