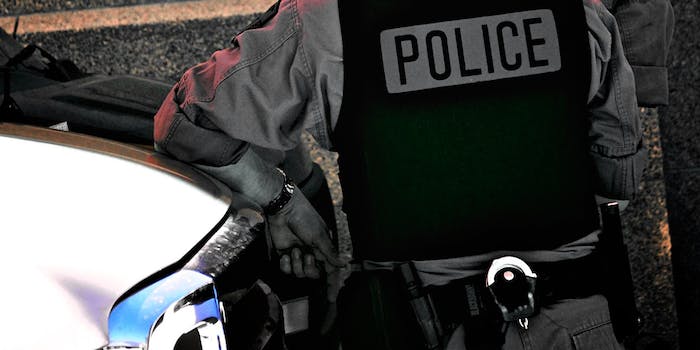 This is the second police shooting in America this week.

Philando Castile of Minnesota was shot Wednesday night by police officers during a traffic stop in Falcon Heights while his girlfriend captured the graphic aftermath on Facebook Live.

In the almost 10-minute long stream, the woman who goes by Lavish Reynolds on Facebook began recording as her 32-year-old boyfriend is bleeding next to her, but still alive. She explained that they had been pulled over for a broken tail light. When asked to take out his license and registration, she said Castile told the officer he had a concealed weapon and a license to carry.

When he reached for the wallet, Reynolds said the St. Anthony police officer shot him four times. She then began filming, and the officer can be heard yelling, “I told him not to reach for it, I told him to get his hand off it,” while keeping his gun trained on Castile.

Reynolds continued to film as officers ordered her to leave the the car and arrested her. Her daughter was also in the car and removed by police. Castile’s family reported to the Minneapolis Star Tribune  that he died at Hennepin County Medical Center in Minneapolis. He worked for St. Paul Public Schools.

“Police shot him for no apparent reason, no reason at all,” said Reynolds in the video.

“We’re very sorry that the video was temporarily inaccessible. It was down due to a technical glitch and restored as soon as we were able to investigate,” a Facebook spokesperson told the Daily Dot.

Castile’s shooting comes a day after the shooting death of Alton Sterling in Baton Rouge, Louisiana, by police. New video footage revealed Sterling was not holding a gun when fired upon.

Editor’s note: The video, available here, has been intentionally not embedded in this article due to concerns for Castile’s family and readers who wish to not view explicit footage of deadly violence.