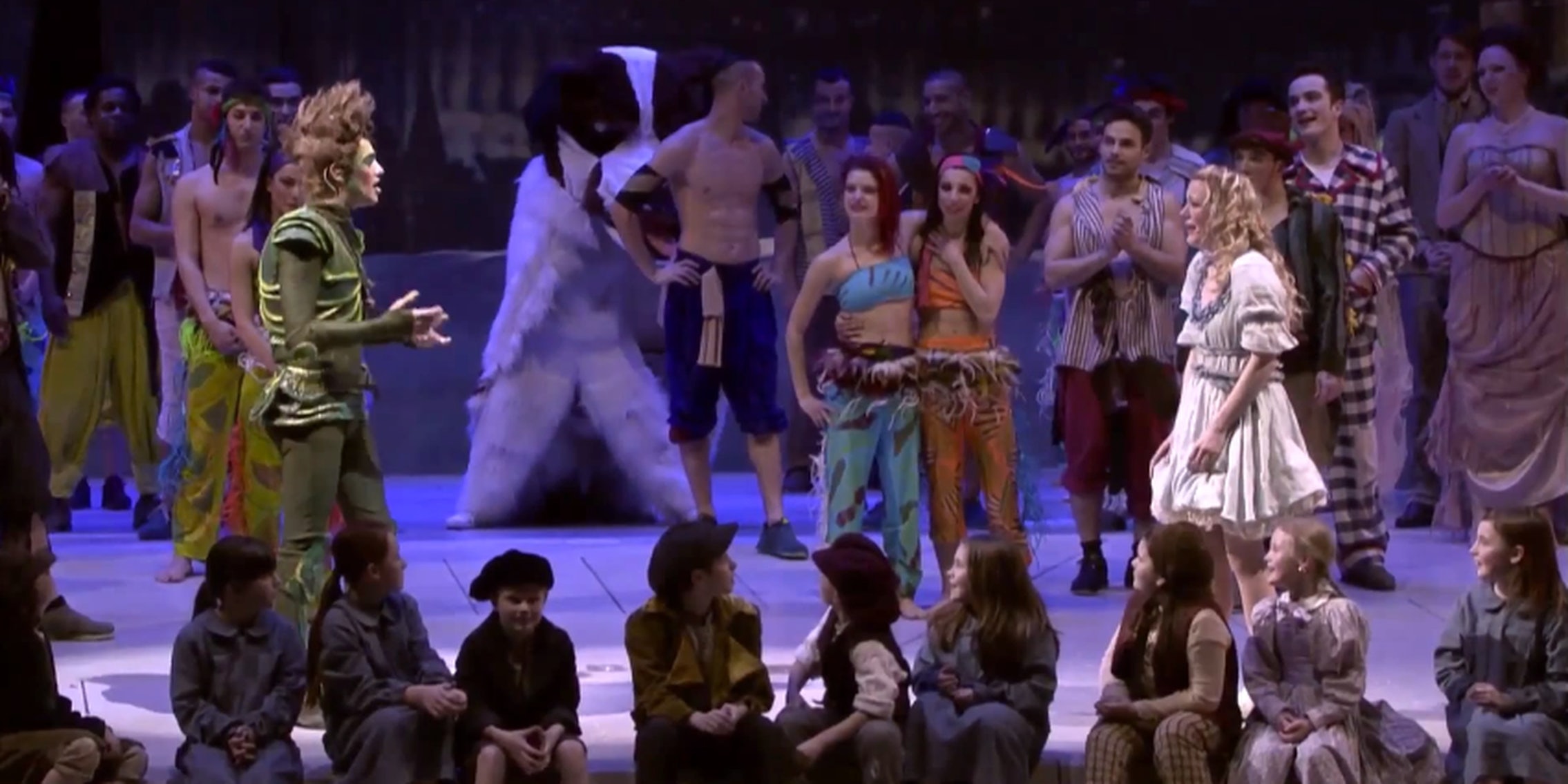 U.K. performance of ‘Peter Pan’ ends in a dream proposal

Looks like Peter Pan finally did some growing up.

Looks like Peter Pan finally did some growing up.

A musical production of Peter Pan is currently touring the U.K., but one performance in Glasgow is making us go “Darcy who?”

At the end of the Jan. 11 performance, the show’s Peter, Sandor Sturbl, broke the fourth wall and turned to the audience.

“So, ladies and gentlemen, normally this show would continue with Peter Pan watching Wending and giving her a kiss,” Sandor Sturbl, 28, said. “Although this is not a normal show this evening. It’s not Peter Pan looking at Wendy.”

Sturbl had been dating the show’s Wendy, played by 22-year-old Jane Mary Sullivan (stage name Lilly-Jane Young) for the past couple years. With the entire cast (as well as his Lost Boys) on stage and her family in the audience, he makes the ultimate leap of faith.

Peter Pan might be able to fly, but Sturbl is soaring after this jump.