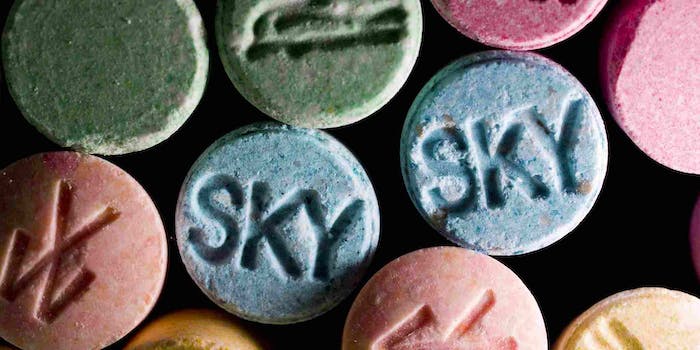 According to this post in Mental_Floss, warnings like these are nothing new. Moreover children are rarely poisoned by Halloween candy. When they are, the story is usually not as it seems:

In 1970, a five-year-old in Detroit died after ingesting a massive amount of heroin. Tests on his Halloween candy showed that some had been sprinkled with the drug, but the police actually learned the tragic truth behind the boy’s death. He had stumbled across his uncle’s heroin stash and mistakenly eaten it. His family then sprinkled the drug on the boy’s Halloween candy to throw off investigators.

The same piece linked to an article on Snopes.com listing cases of poisonings on Halloween, and none of them are linked to people randomly handing out poisoned candy. It almost always occurs at the hands of the child’s family:

By far the most famous case of Halloween candy poisoning was the murder of eight-year-old Timothy Marc O’Bryan at the hands of his father, Ronald Clark O’Bryan, in Houston, Texas. The child died at 10 p.m. on 31 October 1974, as a result of eating cyanide-laced Pixie Stix acquired while trick-or-treating.

Snopes has another article specifically about this ecstasy/MDMA warning, though. It’s listed as “potentially true” since MDMA tablets do often look like candy. But are they going to wind up in children’s candy bags? Probably not.

“I made it through 21 years of Halloween, not a single case did I ever hear of, get calls of, where people actually found something bad in their kids’ trick-or-treat bag,” said retired Lt. Commander of the Redondo Beach Police Diane Goldstein. The California law-enforcement official is now an executive board member for Law Enforcement Against Prohibition (LEAP.)

“In the ’70s, we were told that people were going to be lacing candy with LSD. It’s the same exact myth, it’s just perpetuated as ecstasy or gummy bear marijuana edibles,” Goldstein said.

Snopes pointed out that it would be impractical for anyone to hand out MDMA to children anyway since, for the average person, it’s both expensive and difficult to find in large quantities.

Plus, “you’d have to go to great lengths to wrap it to make it look like candy,” Goldstein said. She noted that in the many years she’s taken her children and grandchildren trick-or-treating, she never came across candy that wasn’t individually wrapped.

Goldstein noted that parents should still take care to look at their kids’ candy when they come home after a night of trick-or-treating.

“As a parent or as a grandparent, every time my child would come home, we would of course search through their bags to steal the good candy, but to also make certain [nothing was out of the ordinary]—I think that’s just a parenting issue.”

She said that she’d be more worried about a child getting sick from eating too much sugar than overdosing on MDMA.

“We just need to be responsible parents,” Goldstein said. “And whether we’re talking too much sugar in our children’s lives, or as they grow older, talking to them about alcohol and drugs—we need to minimize the harms by not scaring them, but by educating them.”

Update  3:10 pm CT, October 23: The Jackson, MS Facebook page has deleted the warning from their photos. They did not post a reason why it was removed.