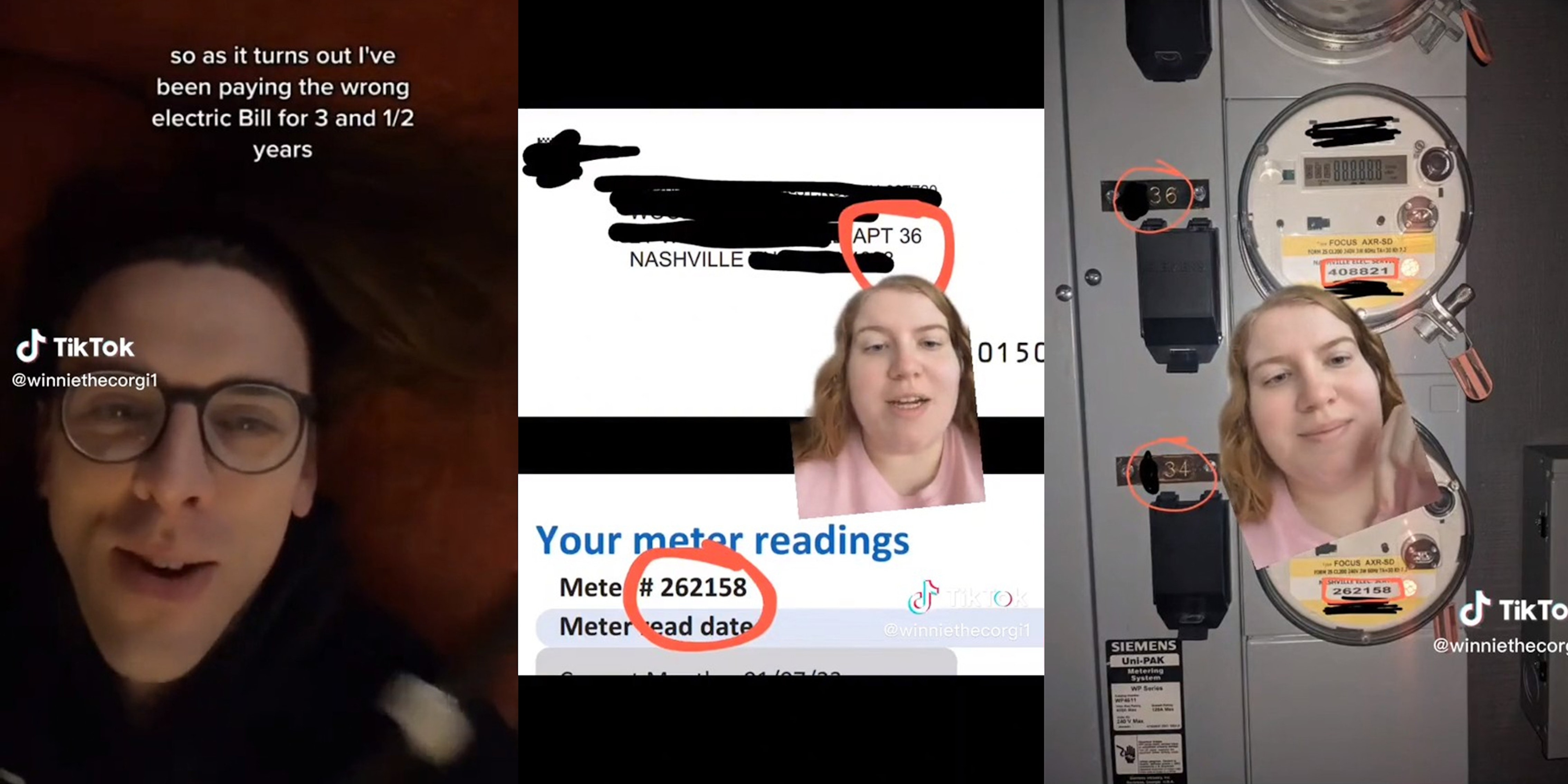 ‘I’ve been paying $2-300/month for other people’s heat’: Renter finds out she’s been paying her neighbor’s electric bill after checking apartment meter

'I'm gonna have to check mine now.'

A renter recently revealed he’s been unknowingly paying the wrong electric bill for three-and-a-half years, and leave it to TikTok to let him know he’s not the only one.

User Baillie (@winniethecorgi1) stitched @misterbeigh’s video to thank him for making his video because she recently found out she, too, has been unknowingly paying the wrong electric bill. “Thank you so much for making that video. I am not crazy,” she said.

She explained she lives in apartment no. 36 and showcased the meter number for the unit in her video. She cross-checked those two numbers with the meters outside the complex and discovered she was paying for apartment no. 34’s electricity. “This meter number doesn’t match mine, but guess who’s does?” she said. “No. 34: my downstairs neighbor.”

In the video’s caption, Baillie further explained the financial aspect of the mixup.

Baillie is currently waiting for an update from the service, but she expects to be paid back a large sum of money. “The electric service may owe me thousands of dollars,” she ended the video.

In a follow-up, Baillie revealed she called the electric company and is expecting a call back on Wednesday or Thursday so that a representative from the company can visit the complex to take a look at the meters.

The Daily Dot reached out to Baillie via TikTok comment.

Baillie and @misterbeigh’s experience has viewers wanting to check their own meters. Others shared they had similar experiences.

“I’m gonna have to check mine now. We downgraded from a 2 to a 1 bedroom and my electric bill is 3x the old place,” one user said.

“My mom was overcharged on electric for 8 years. Last year she finally caught on and they paid her out 11k,” another commented.