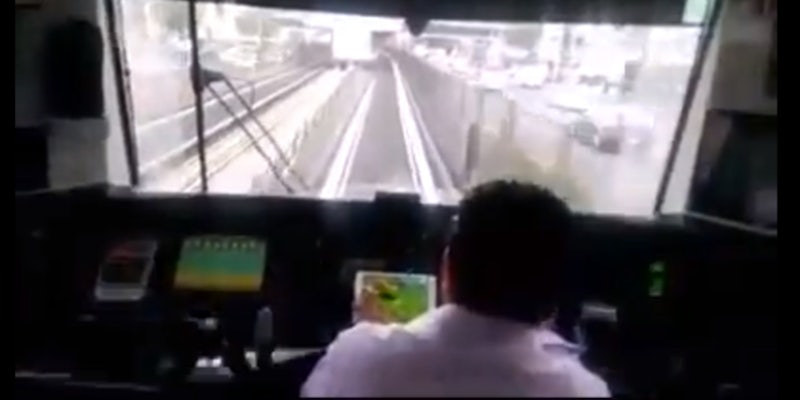 Someone's got to tend to the imaginary crops.

What’s worse than getting FarmVille requests every time you log on to Facebook? How about catching your Metro operator tending to his imaginary crops while he’s driving?

Carlo Segura Linares was making his way through Mexico City when he caught his train driver playing the game on his iPad. So he did what anyone would do: He filmed it.

“I couldn’t believe it when I got onto the train and saw this guy that was supposed to be driving playing FarmVille on his tablet,” Linares told the Croatian Times. “I grabbed my phone straightaway because I knew no one would believe me, and I wanted to make sure everybody realised how we were putting lives at risk with idiots like this.”

Linares says the driver would shut the doors, which have to be operated manually, and then open them again a few seconds later just to give himself a little more time for uninterrupted gameplay.

“Look at this, this is our security, this is our safety in the hands of this idiot who feels he would rather play FarmVille. Can you believe it? I wonder what his bosses will say when they see it on Facebook,” Linares wrote when he posted the video July 10.

According to a statement from Mexico City’s Sistema de Transporte Colectivo, the driver has been relieved of his duties.