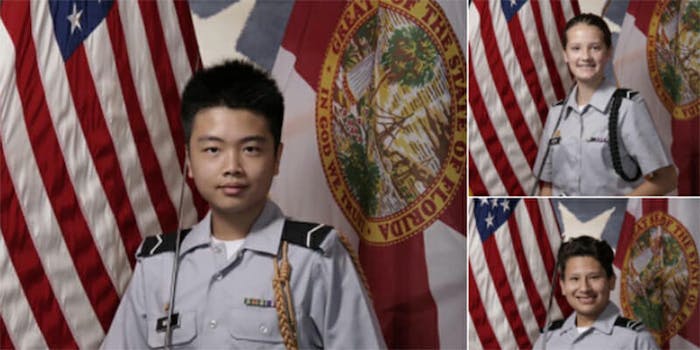 An Army spokesperson confirmed that three members of the Junior Reserve Officers’ Training Corps who “gave their lives during the shooting” will receive the honor, BuzzFeed News reported.

One recipient of the medal is Peter Wang, a 15-year-old cadet who was reportedly last seen holding a door open so that other students could escape from the shooter. He was wearing his ROTC uniform when he was killed, and his family requested him to be buried in the uniform.

The medal is also being presented to the families of Alaina Petty, 14, and a third cadet, Martin Duque.

It is with broken hearts that Sunrise Post 365 & Stoneman Douglas JROTC shares the loss of our soaring eagles! We honor them, and will miss their courage, tenacity, and their smiles! Cadet Peter Wang, Cadet Martin Duque, and Cadet Alaina Petty. May they always soar high! pic.twitter.com/eg0TKprzMV

According to the Army, the military decoration is awarded to JROTC cadets “who perform an act of heroism,” which “must have involved the acceptance of danger and extraordinary responsibilities, exemplifying praiseworthy fortitude and courage.”