Her goal is a simple one.

Just because you look OK, doesn’t mean you are OK. That’s the lesson a British woman is trying to teach people about what it’s like to suffer from severe panic attacks.

The woman, Amber Smith, shared a set of two photos: One in which she is all dolled up with makeup and “filters galore,” as she writes, referring to the photo filters that many use to enhance their uploads. The other photo shows her in the wake of a panic attack. 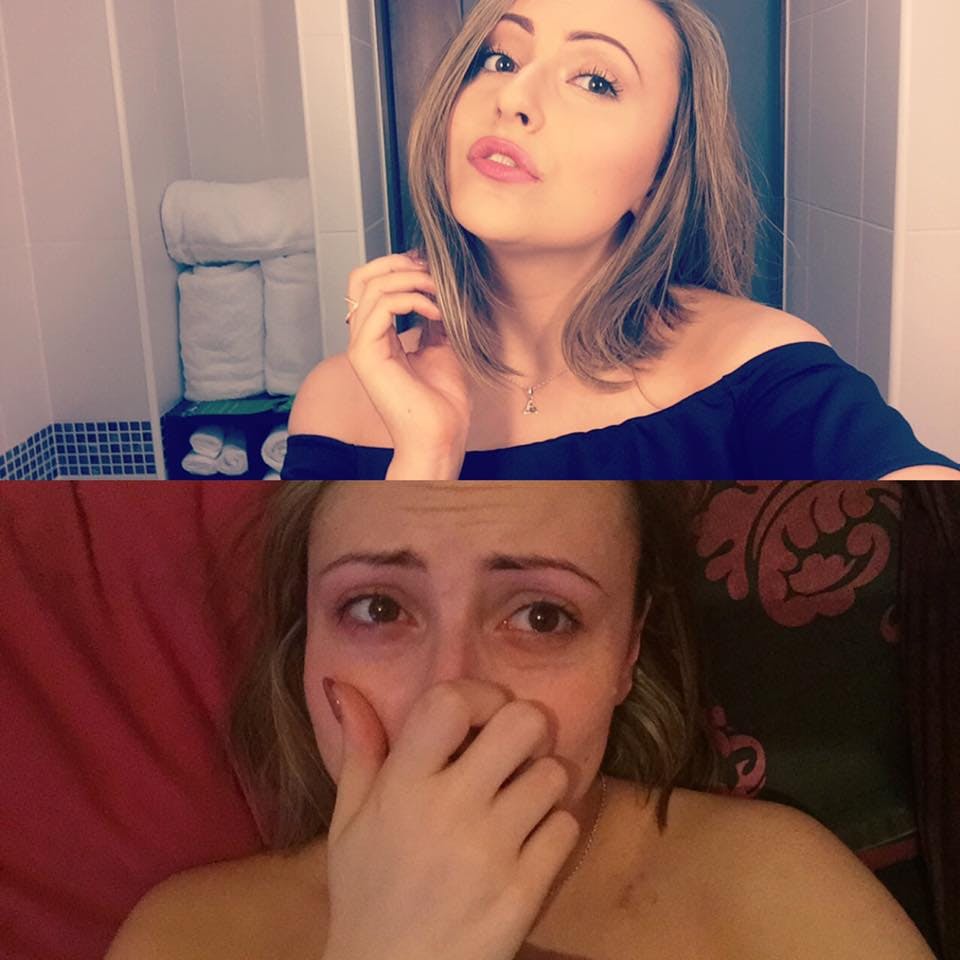 In a caption accompanying her revealing photos, she explains her rationale for sharing:

I’m so sick of the fact that it’s 2016 and there is still so much stigma around mental health. It disgusts me that so many people are so uneducated and judgemental over the topic. They say that 1 in 3 people will suffer with a mental illness at some point in their life. 1 in 3! Do you know how many people that equates to worldwide?! And yet I’ve been battling with anxiety and depression for years and years and there’s still people that make comments like ‘you’ll get over it’, ‘you don’t need tablets, just be happier’, ‘you’re too young to suffer with that’

Her goal is to make all the people who think she looks “fine” realize that it doesn’t mean she’s “not battling a monster inside my head every single day.”

And ultimately her message is about being a kind and compassionate person because you never know what someone is going through.

“This is why I can’t stress enough that it costs nothing to be nice to others,” she writes. “Don’t bully others, don’t put others down and the hardest one of them all (as we have all done it at some point) don’t judge another person. We’re all human regardless of age, race, religion, wealth, job. So build one another up instead of breaking each other down.”