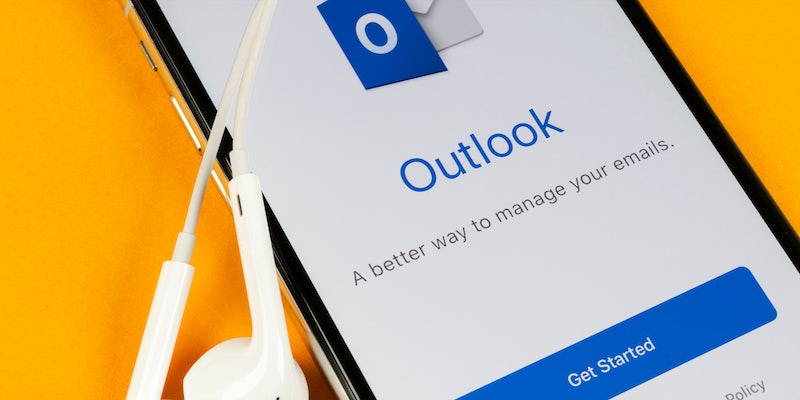 'Outlook was created by a person who was never once in their entire life needed to email a single person.'

A creator takes shots at Outlook in a viral TikTok video, leading many viewers to share their complaints (and raves) about Microsoft’s email service in the comments.

“Outlook was created by a person who was never once in their entire life needed to email a single person, do a single fucking thing via electronic mail,” user @maselreb says in the clip. “They’re using a carrier pigeon.”

The TikToker furthered her point in the comments. “’I liKe oUtlOok bEtteR tHAn GMaiL’ yeah I like dying in my sleep better than being stabbed but it doesn’t mean I’m not in hell,” she wrote.

Her video has accumulated nearly 600,000 views since it was shared yesterday and has sparked a divided debate in the comments amongst TikTokers about which email engine is better: Outlook or Gmail.

Some users share email frustrations that coincide with the creator’s hot take.

“Being forced to abandon the email you’re drafting to look at your calendar and then spend 30 minutes trying to find the email draft,” one user wrote.

“I genuinely think at least 30% of my day is spent trying to find an attachment in an email in an email thread. and then I give up,” another shared.

“My friend said outlook was the best email choice and I was appalled,” a third claimed.

@maselreb responded, “Ex-friend*. That person is a psychopath.”

However, others in the comments were divided, with some believing Outlook is more functional.

“Outlook is so damn functional and WAY better than gmail….” one TikToker argued.

“LMAO this is my worst and most controversial opinion but I like Outlook more than gmail at this point functionally. sorry everyone,” reads another Outlook supporter.

The creator responded to this comment as well, stating, “yeah I like Outlook more then Gmail too but it doesn’t make it less trash.”

The Daily Dot reached out to @maselreb via TikTok comment.