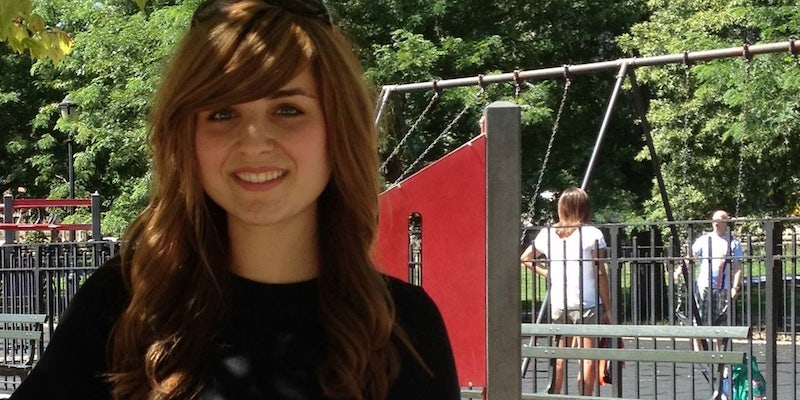 The 24-year-old Brooklyn woman is using 21st-century technology to solve a centuries-old issue in the Orthodox Jewish community.

Remember in A Serious Man, when the main character’s wife begs her husband for a get, or an Orthodox Jewish religious divorce document, so she can marry the avuncular retiree Sy Ableman? There’s a real-life version of this going on right now in Brooklyn, where Rivky Stein is launching a full-scale social media campaign to get her obstinate husband to grant her a divorce.

Stein, 24, has created a website, Redeem Rivky, as well as a Facebook page detailing her relationship with her husband, Yoel Weiss. On the page, “Redeem Rivky: Demand That Yoel Weiss Give His Wife A Get,” Stein recounts her life of woe with her controlling husband and claims she was the victim of marital rape and domestic abuse.

With her young son, Stein managed to escape from Weiss in 2012, obtaining a protective order against him. Yet because Stein and Weiss weren’t married according to New York state law, instead obtaining a ketubah, or Jewish marriage contract, the marriage has not yet been legally dissolved.

Instead, Stein has to wait for Weiss to grant her a formal religious divorce document, or a get, in order to obtain her independence. If he does not grant it, she will be unable to remarry or move on with her life in the eyes of Jewish law.

This makes her an agunah, loosely translated as a “chained woman,” who is unable to get a divorce from her husband. The term was first created thousands of years ago to describe a woman whose husband had gone on a trip and presumably died in transit, as was common during that time. Now, it’s most often used to describe women like Stein whose husbands refuse to grant them a divorce, often in order to win a custody battle or get a more favorable divorce settlement.

Stein says she created her Facebook page, which now has more than 7,000 likes, to draw attention not only to her own case but to the plight of agunot in the Orthodox Jewish community.

“I want my get very badly,” Stein, who’s raised more than $15,000 for her and her son on her website and Facebook page, told the New York Daily News. “But this is not just about me. It’s about fixing the problem so it doesn’t happen to anyone else.”

For his part, Weiss contends that he has every intention to grant Stein a get as soon as the custody battle for their young son is settled in family court. “This is something that’s settled together,” he said.

“That’s how the Jewish thing goes. Ever bought a house and moved into it without paying?” In the meantime, a number of anti-Rivky pages have allegedly popped up on Facebook, including “Rivky Steinslut” and “Rivky Stein Is a Fraud.”