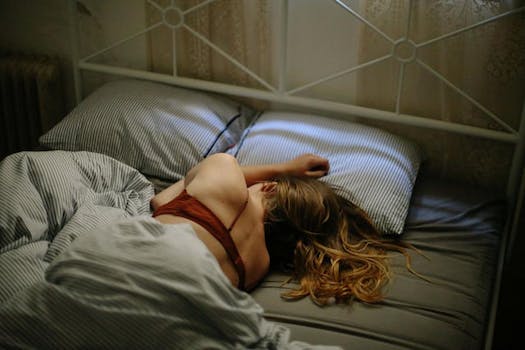 How one woman is fighting depression with a public orgasm quest

Blogger Crista Anne is documenting her mental-health struggles with the hashtag #OrgasmQuest.

So when Crista Anne switched antidepressants last year and discovered she was unable to reach orgasm—a fairly common side effect with some antidepressants—she was horrified. While she was still able to reach orgasm with her longtime partner, Val, it frustrated her to no end that she couldn’t get herself off solo—not just because she missed having orgasms, but because she saw it as nothing less than a medicinal tool for her depression.

That’s why Crista Anne started #OrgasmQuest, a hashtag where she documents her efforts to get her orgasm back while simultaneously juggling depression and parenting. Her tweets, as well as her #OrgasmQuest posts on her blog, are deeply personal, occasionally heart-breaking, and often hilarious:

#OrgasmQuest update: @shevibe's liberator is finally broken in and OMG. My life has been changed in the best possible way.

I'm pretty deep in the waters of parenting again today. Hopefully an #OrgasmQuest post will hit through the madness. *crosses labia*

Crista Anne was inspired to launch #OrgasmQuest back in December, when she discussed her switch to her new antidepressant on the sex ed podcast Carnalcopia. (After years of switching medications, she’s on the tricyclic antidepressant amitriptyline; aside from its side effects on her sex life, she says, the new medication is “amazing.”)

Anorgasmia, or the inability to reach orgasm, is startlingly common. About 10 percent of women have suffered from it, according to one estimate from the Society of Obstetricians and Gynecologists of Canada. It’s particularly common among men and women who take selective serotonin reuptake inhibitors (SSRIs), which are often prescribed to treat anxiety and depression.

Yet although antidepressant-related anorgasmia is common, the stigma associated with discussing sexuality discourages men and women from talking about it in public—or even, says Crista Anne, with their doctors. “When people bring up that their medication is hurting their sex life, most people seem to experience a complete dismissal that sexuality changes are important,” she told the Daily Dot. “While my doctor at Planned Parenthood spoke to me in depth about it, the stories I get from hundreds of other people are horrific.”

As a longtime sex blogger, educator, and former webcam girl during the dawn of the Internet-porn era, she had no qualms about making her struggles even more public with a hashtag. “Sharing my personal journeys is what I do,” she says. “I want to bust these stigmas. I want to start conversations that people aren’t having openly but desperately need to be.”

Since then, Crista Anne has regularly blogged and tweeted about her experiences trying to reach orgasm with various sex toys, many of which are manufactured by her sponsors SheVibe and Good Vibrations. Thanks to press coverage from Jezebel and sex writer Rachel Kramer Bussel, she’s since received hundreds of messages and tweets from men and women who have experienced similar struggles. She says the story that affected her most was from a person who had many partners leave them because of their inability to reach orgasm: “Otherwise loving relationships were lost because of this horrific notion that people who cannot orgasm are broken.” She says the story moved her to tears.

Crista Anne has also received some criticism about #OrgasmQuest, particularly that it inherently propagates the idea that sex can only be enjoyable if both partners reach orgasm. Considering how insidious myths about female orgasms are, and how self-conscious many women feel about their inability to have orgasms through penetrative sex alone, Crista Anne understands this critique. But she steadfastly refutes the notion that #OrgasmQuest is about promoting “goal-oriented” sex.

“I deeply believe that the focus that orgasm is the end all, be all of sex is deeply flawed. That sex without an orgasm is a failure is a flawed belief that is hurting our culture at large,” she says. “I want to make this abundantly clear: OrgasmQuest is [about getting] my masturbatory orgasm back—[it’s about] getting my lifehack back, not fixing my sex life. My sex life is perfect, with or without orgasm.”

While Crista Anne says she has yet to fulfill her #OrgasmQuest goal, she’s made some progress. As documented on her blog, she’s been experimenting with dozens of sex toys to varying effect, but one in particular has started doing the trick: the Original Magic Wand. “I’ve been using my magic wand daily for almost three weeks and while I haven’t had a full orgasm on my own, in the last few days I am having the vaginal contractions that go along with an orgasm,” she says. “It’s working! It just takes dedication to self care.”

In the meantime, she’s juggling documenting her dogged pursuit of her orgasm with parenting her four small children, who are 2, 3, 4, and 5, and responding to the emails she’s gotten from people who have been touched by her story. And if nothing else, she wants women who have been beaten down by mental health struggles and the quest for personal pleasure to take this message to heart: “You’re not broken,” she says. “You’re perfect as you are.”