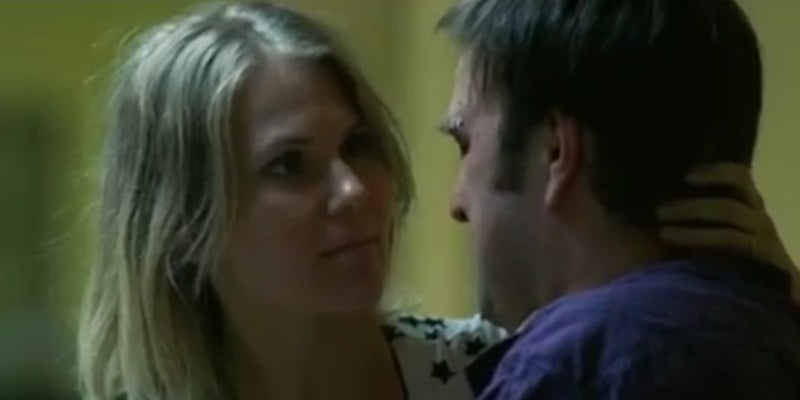 What society would look like if men experienced street harassment

In this short film, men are the “oppressed majority.”

What if we lived in a society where women held the power, and men were the ones constantly looking over their shoulder as they walked down the street? French filmmaker and actress Éléonore Pourriat’s 10-minute short Majorite Opprimee (Oppressed Majority) explores that very reversal.

The film was originally released in 2010, but Pourriat uploaded the subtitled English-language version to her YouTube page yesterday. We see a husband caring for his young child while his wife is at work, and enduring the indignity of a female jogger catcalling him as he pushes a stroller. She tells him to “keep smiling,” a common refrain of street harassers.

After more catcalling, he’s accosted by a group of young women, who assault him in broad daylight. When he reports it, a female police officer questions his story. He consciously pulls his shorts over his knees. When his wife shows up to take him home, he breaks down:

The man’s complaint about “this fucking feminist society” could be seen as a dismissal of the movement, but on the Internet especially, where women’s voices are often blamed on the “downfall” of male-dominated spaces, this mindset is all too common. She also addresses the complicated relationship of equality within other cultures and religions. Pouriatt’s reversal is about inequality, but it’s also a snapshot of a society where we question the victim more than than the abuser, and where looking over our shoulders—on the street, online—is part of our daily routine, not a random occurrence.