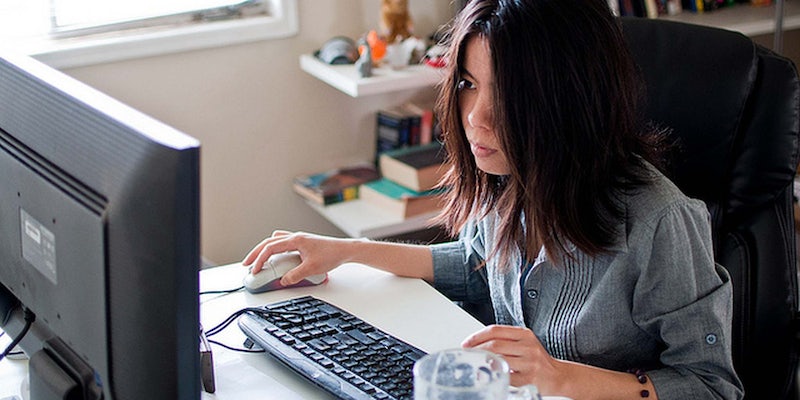 Anita Sarkeesian and others introduce a guide to protecting yourself online

'The tactics used to silence us are very much all the same.'

Anita Sarkeesian knows what it’s like to be harassed online. So do Renee Bracey Sherman and Jaclyn Friedman. That’s why the three banded together to create Speak Up & Stay Safe, an all-encompassing guide to how to protect yourself against cyber trolls.

“We come from very different realms, but the tactics used to silence us are very much all the same,” Bracey Sherman told the Daily Dot in a phone interview. She’s a reproductive rights activist and writer who teamed up with Sarkeesian (best known for being at the center of 2014 Gamergate) and Friedman, a feminist author, writer and founder/former executive director of Women, Action & the Media (WAM!), a little more than a year ago to start a project on this topic. What began as a kernel of an idea morphed into the comprehensive guide all the web can now see on Sarkeesian’s site, Feminist Frequency. 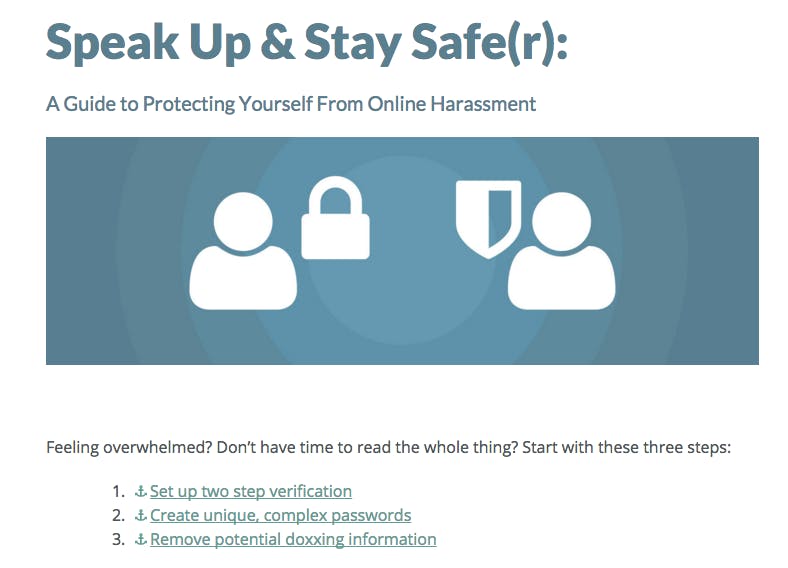 “I was saying [to Sarkeesian and Friedman] that I wished that there was a clear guide on what to do while this [harassment] is happening,” Bracey Sherman said. “There’s a little bit of information here and there on the Internet…a lot of it isn’t easy to read.”

That’s why the Speak Up & Stay Safe guide is presented in a simple format and divided into different categories that cover topics such as social media, online gaming security, and how to prevent doxxing. It contains advice based on their vast and varied exposure to harmful online behavior, which adds a personal touch. Some tips include asking a friend to scroll through your Twitter if you’re not up for exposing yourself to hatred and to have friends encourage you to step away from the devices to get perspective. It all sounds like common sense—but in a worse where phones have become more appendages than personal communication devices, we could all use a periodic reminder.

The gaming portion was written by Sarkeesian, who experienced some of the most extreme online harassment in recent history. After she took a critical look at women’s roles and how they’re portrayed in video games in her webseries Tropes vs. Women in Video Games, she was forced to call authorities and leave her home after she received death threats against her and her family. For years, she’s used Feminist Frequency as a platform for educating people about how to be responsible Internet users. But now, along with Friedman and Bracey Sherman, she’s able to share a succinct resource for how to protect oneself.

While women are mostly thought of as the target of online harassment, the three creators of the guide intentional about addressing intersectional issues. Bracey Sherman pointed to all of the anti-Muslim rhetoric currently flying around, noting, “We really wanted to talk about all of the ways in which all bodies—bodies of women, bodies of queer folks—really experience this online.”

So, what’s the best way to deal with harassment on a daily basis? “I try to remind myself to reach out to people [who] I love while it’s happening,” Bracey Sherman said. “And to not let the harassers get in my head and feel isolated.”