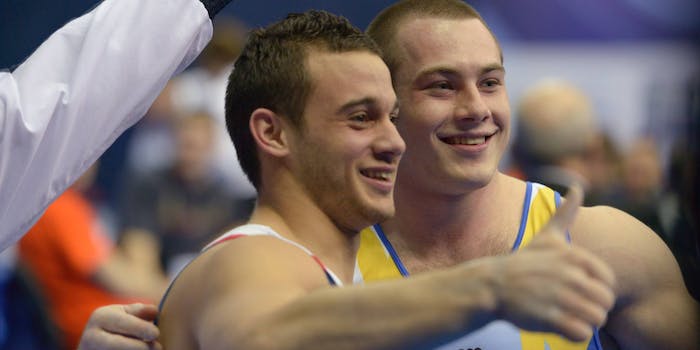 This isn't the last you'll see of Samir Aït Said.

One of the most viral moments of the Rio Olympics thus far has also been its most gruesome. French gymnast Samir Aïr Said snapped his left shin just as he’d concluded his pole vaulting routine on Saturday.

Spectators reportedly heard the bone breaking and the moment has been shared on social media countless times, with viewers around the world expressing their sympathies.

A horrible injury – but Samir Ait Said is already targeting his comeback. #Rio2016https://t.co/c63mnw2fUM

Said will miss seven other events he was set to compete in, including the rings, which he’d won gold in at the 2013 European Championship. To add insult to injury, Said’s stretcher was dropped just before he was loaded into an ambulance.

This is the second such major injury Said has suffered in competition as of late. It was a right leg injury that prevented the gymnast from participating in the 2012 London Olympics. Said is nonetheless determined to get back into competitive shape.

He posted a video on Facebook Sunday morning showing off his French flag-inspired cast and vowing to return stronger than ever.

Here’s to a speedy recovery, Said!