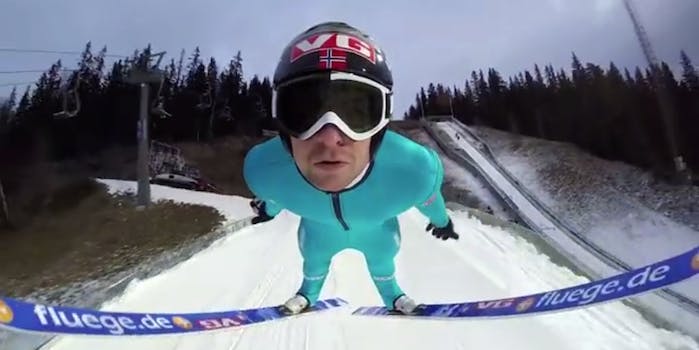 Face down your fear of heights with an Olympic ski jumper

Somebody get this installed on athletes for next month’s Olympics.

Somebody get this installed on athletes for next month’s Olympics.

GoPro cameras have given us the ability to experience everyday activities and harrowing events in a way that cameras just haven’t been able to previously. Bringing the GoPro into Olympic sports brings us where a small number have been before.

Norwegian ski jumper Anders Jacobsen attached the camera to his head while he practiced his jumps in Lillehammer, Norway in preparation for the Sochi games. He’s calm and collected as he launches himself about 750 feet in the air, but his emotions show through once he’s made the land.

We might not be able to fly yet, but we’ve got the next best thing.