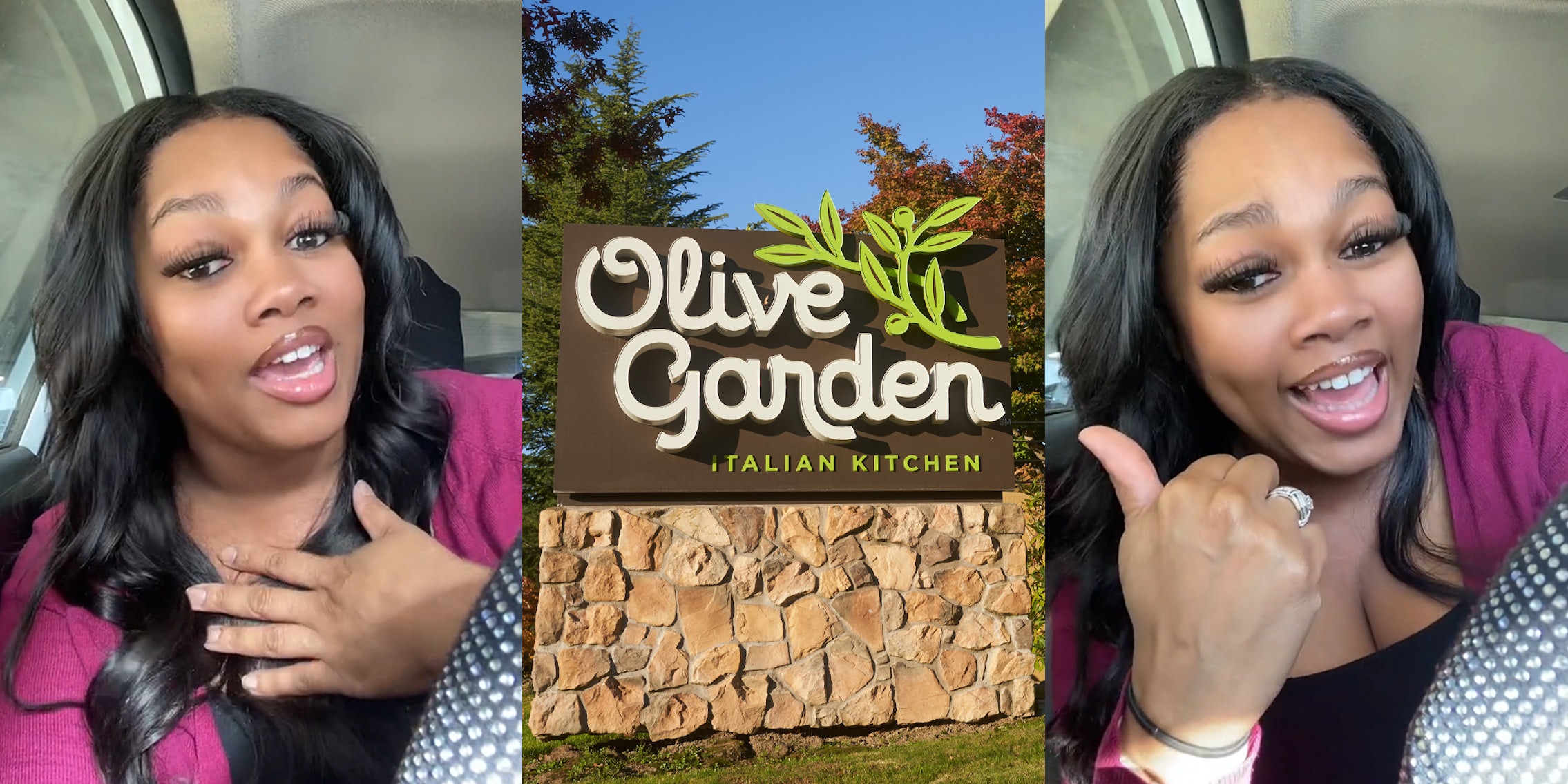 'if it was 'just water,' you would have ordered 'just water' and not club soda.'

An Olive Garden manager went viral on TikTok for describing the bizarre interaction she had with a customer who didn’t want to pay for the club soda she ordered.

The manager, named Kellie (@ambryrae), sat in her car as she recorded the video, which received nearly one million views as of Jan. 19. She said the customer argued with a server and refused to pay her bill until the club soda she ordered — and drank — was removed.

“Her argument was, ‘Well, it’s just water. Why do I have to pay for it?'” Kellie said. “However, if it was ‘just water,’ you would have ordered ‘just water’ and not club soda.”

At that point, Kellie stepped in to talk to the customer. She said she planned to remove the club soda from the bill to get the customer to leave. However, her idea didn’t go according to plan.

When Kellie introduced herself, the customer said, “You ain’t no damn Kellie.” Confused, Kellie insisted that was her name and explained that she was a manager.

“Before I can say, ‘My name is Kellie, too,’ [the customer] says, ‘Oh, I see what’s going on. He think he can just send somebody Black over here cuz I’m Black and think that I’m not gonna know that you’re not the GM,'” Kellie said, laughing as she recounted the woman’s words.

Despite Kellie’s efforts to explain that she just had the same name as the general manager, the customer refused to believe that there could be more than one Kellie working at that Olive Garden.

“So, I was like, ‘You know what? You’re right. The real Kellie will be here tomorrow. I can’t help you. Have a good day,'” Kellie said. “And this is why Olive Garden shouldn’t be giving out free samples of wine. Because you people are crazy.”

Viewers in the comments section laughed along with the TikToker at the customer’s idea that there could only be one Kellie.

“ThErE iS ONLY oNe KELLIE iN tHe WoRlD!” one viewer commented.

“How dare two people have the same name,” a second joked.

“Wait! There’s more than one Kellie in the world!? I thought there was only you! I was today years old when I found out about other Kellies!” another wrote.

Other users showed appreciation for the TikToker’s animated storytelling.

“Love your laugh I laugh along with you,” one viewer commented.

The Daily Dot reached out to Kellie via TikTok comment and to Olive Garden via email.