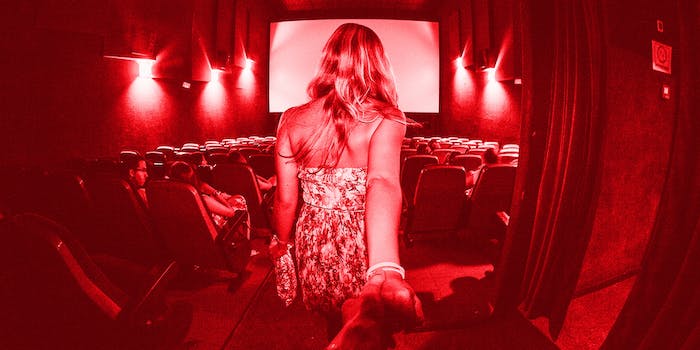 Women are more successful if they make the first move, OkCupid data shows

Dating has changed and so have gender roles.

Enough heterosexual women have made the first move at this point in history that it’s hardly considered gauche. But new stats show that when it comes to online dating, not only is it OK for the woman to ask out the guy, there’s actually a much higher success rate when she does so.

We know reaching out can be scary. As OkCupid’s blog puts it: “Some [messages] are sincere. Others are direct references to penises. Rarely do the two collide.” But popular dating site OkCupid released stats this week that looked at the messaging behaviors of men versus women which were actually signs of positive growth for women. True to traditional gender roles, men were still far more likely to initiate conversation. The numbers show that straight women were three and a half times less likely to initiate contact versus straight men. But when women do deign to drop the first line, the odds are ever in their favor: They’re two and a half times more likely to get a response when they do. 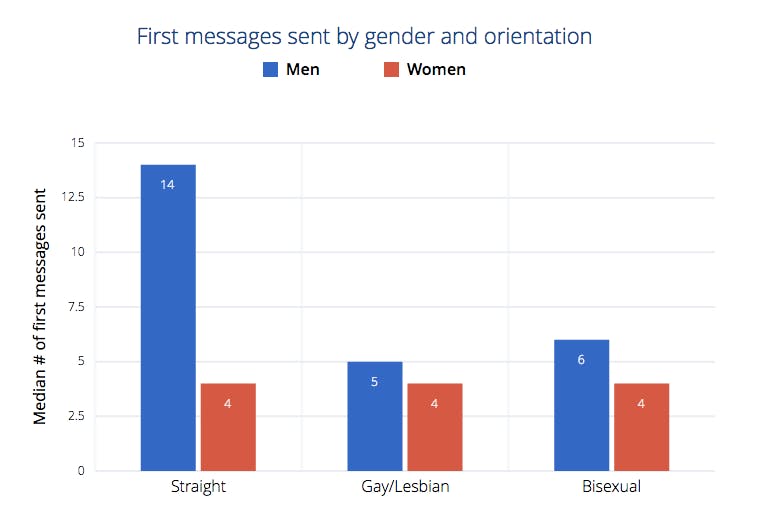 “If you’re a woman who sends the first message, not only are you more likely to get more responses in general, but you’ll be having conversations with more attractive guys,” the blog post about the study wrote.

The point about attractiveness is also a point of divergence between men and women. Men are reaching out to women who are 17 percentile points more attractive (based on OkCupid’s rankings) while women are a bit more conservative, only reaching 10 points up.

Being “hot,” within the realm of OkCupid, also seems to impact how eager men are to reach out to a women they’re interested in. Men in the top 40 percentile of attractiveness were found to send the most messages. Women, on the other hand, showed no correlation between attractiveness and eagerness to establish contact.

To be fair to the guys, OkCupid says there are one and half men for every women using the site to meet potential dates, mates, and hookups. That means there are a whole lot of guys sending a whole lot of messages.

It might seem discouraging, sending so many messages to no avail. But there is one piece of good news for the men: The study found that volume of messages women receive have no correlation to how frequently they respond. So if you think there’s even a chance you might strike her fancy, go for it. Just don’t send a dick pic. PLEASE.

While it may seem discouraging to be a woman online, receiving a torrent of cheesy pickup lines and inappropriate comments about their looks, it seems from these stats that it’s really their game to lose.

“If you’re a woman on OkCupid, you’re at an incredible advantage,” the blog writes. “You should message men you find attractive—not just because they’re easy on the eye, but because you’re more likely to have something to talk about. You’ll increase your quantity of quality.”