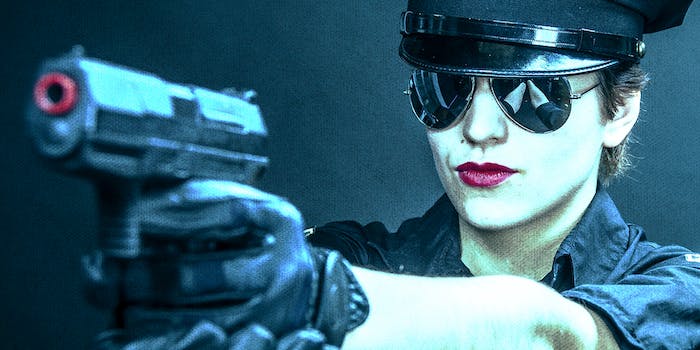 With feds making progress on smart guns, interest groups disagree on if we need them

In January, President Barack Obama gave an emotional speech outlining a number of executive actions his administration was taking with the goal of reducing gun violence—particularly mass shootings. One major thrust of the speech was pushing for the development of “smart guns.”

“The United States of America is not the only country on Earth with violent or dangerous people. We are not inherently more prone to violence. But we are the only advanced country on Earth that sees this kind of mass violence erupt with this kind of frequency,” Obama said, wiping tears from his eyes. “It doesn’t happen in other advanced countries. It’s not even close.”

While the category of what constitutes a smart gun is fairly broad, the general idea is equipping firearms with a high-tech trigger lock that only allows the gun to be fired by someone specifically specified by the owner—either using a biometric identification through a fingerprint scanner or using wireless technology like a bracelet.

The potential safety benefits of smart guns are myriad. A criminal suspect who wrestles a gun away from a law enforcement officer would be unable to fire the weapon. Similarly, guns stolen from an owner’s home or vehicle would instantly become worthless on the black market. It would also be impossible for children who stumble across a firearm in their home to accidentally shoot themselves or a family member.

“If we can set it up so you can’t unlock your phone unless you’ve got the right fingerprint, why can’t we do the same thing for our guns?” Obama asked during his January speech. “If there’s an app that can help us find a missing tablet. … There’s no reason we can’t do it with a stolen gun. If a child can’t open a bottle of aspirin, we should make sure that they can’t pull a trigger on a gun.”

The report details how the Justice and Homeland Security Departments begun developing a set of standards for manufacturers to meet if they want their smart guns to be purchased by state and federal law enforcement agencies. The full set of standards are expected to roll out by October and, as part of the process, the departments will identify any agencies willing to participate in a pilot program to adopt the smart guns as part of their arsenal.

Getting government agencies to adopt smart guns—especially through the use of federal grants, as detailed in the report—would be an enormous boon for advocates who view the technology as a way to reduce gun violence.

One recent survey found 40 percent of gun owners would consider swapping their current firearm for a smart gun if the technology were to come on the market. But the firearms industry has largely stayed away to avoid drawing the ire of gun rights activists who fear that, after smart guns hit the market, government regulators will prohibit the sale of non-smart guns. The owners of gun shops that have announced their intention to sell smart guns have been targeted with death threats and have subsequently backed off.

As a result, there’s been little incentive for major firearms manufacturers to develop and market smart guns. The government is a major player in the firearms market—buying tens of thousands of new guns every year. If a significant number of law enforcement agencies started buying these products, weapons companies would have reason to develop the technology and possibly even put it on sale to the general public.

This type of testing is crucial. A gun that can only be fired with the scan of a fingerprint is only an attractive option if that fingerprint scanner can be trusted to work reliably in situations that are less than ideal—for example, if the user’s hand is sweaty or the weapon is wet from rain.

In a statement provided to the Daily Dot, John Feinblatt, president of the pro-gun control group Everytown For Gun Safety, commended the progress the agencies have made on carrying out Obama’s call to action on smart guns. “For too long, the gun lobby blocked the kind of research that can help save lives,” Feinblatt said. “Innovation is always welcome, particularly when it comes to safety. That’s why we applaud President Obama for taking this important first step—committing federal agencies to funding and testing new gun safety technologies so they are optimized and safe, whether used by civilians or law enforcement.”

While a representative from the National Rifle Association (NRA) did not respond to a request for comment on last week’s report, the nation’s foremost gun rights group has walked a fine line on the technology—broadly supportive of smart guns, but steadfastly against any efforts to restrict the choices of gun buyers.

“Our stance when it comes to smart guns is that we’re all for letting the marketplace decide one way or another whether they want to adopt it,” NRA spokesman Lars Dalseide told the Daily Dot earlier this year. “If somebody has a good product out there, they’re going to start making some waves, and people are going to get interested, and the market will eventually accept and adopt it. The only problem we’ve ever had with anything related to smart guns is when they’ve been mandating use of it one way or the other.”

Some police groups also remain skeptical—not only of smart gun mandates, but also the proposed pilot programs they worry could lead to using untested equipment in the field. “Police officers in general, federal officers in particular, shouldn’t be asked to be the guinea pigs in evaluating a firearm that nobody’s even seen yet,” Fraternal Order of Police Executive Director James Pasco told Politico. “We have some very, very serious questions.”

Those concerns are ones the administration appears to be going out of its way to address. “To be clear, this report calls for the development of new technology—and not a mandate that any particular individual or law enforcement agency adopt the technology once developed,” the report reads. “By spurring the growth of enhanced gun safety technology, the federal government seeks to expand, not constrict, consumers’ choices when deciding what firearm to purchase.”