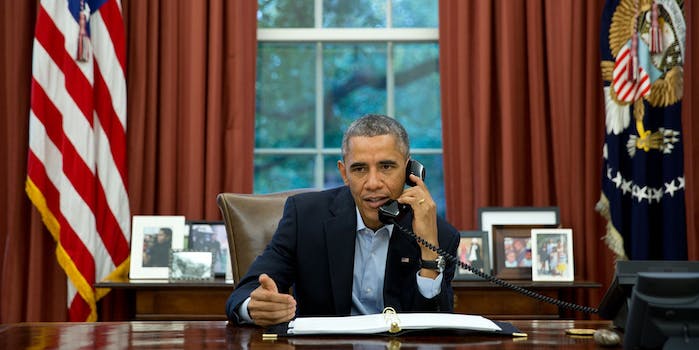 One group was unhappy with the president's actions.

An outline of President Obama’s executive action on immigration was intentionally leaked early this afternoon by a pro-amnesty organization.

The National Immigrant Youth Alliance justified breaking its embargo with the Obama administration because, “after 2 million deportations, the president has lost a tad bit of respect from our organization.

Immigrants can qualify for “temporary relief from deportation” if they pass criminal and national-security background checks, pay taxes, pay a fee and qualify under one of two paths:

The plan also stipulates that the government will not begin accepting applications until early 2015, and that future applicants should be wary of scammers who “are out to rip you off.”

Immigrants who recently crossed the border illegally will be “a priority for deportation,” according to the leaked press release. And those who falsify information on their applications will face criminal prosecution and possible deportation.

The White House has not returned a request for comment.

Read the full outline of Obama’s plan below: