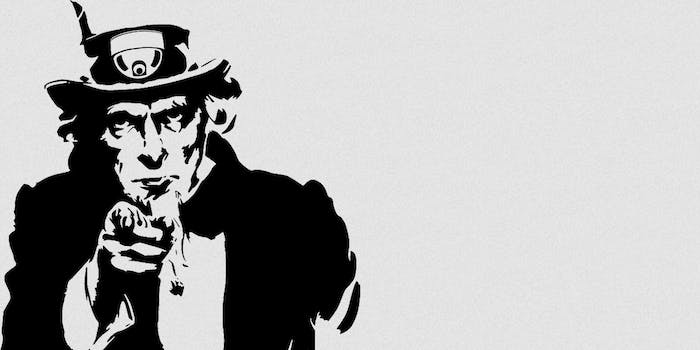 The NSA’s surveillance data is not just for terror cases

The NSA said it needed to spy to stop terrorists.

Sensitive-but-unclassified documents obtained by Reuters show that much of the data that the National Security Agency obtains isn’t just used to track terrorists.

Instead, a specific, secretive, little-known division of the Drug Enforcement Agency, called the Special Operations Division, obtains NSA intelligence and shares it to help more than 20 other U.S. agencies in their investigations. Once they’ve built their case, DEA agents are instructed to cover up the source of their initial tip to protect the NSA, a practice called “parallel construction.”

The SOD having access to NSA data wouldn’t necessarily prove the intelligence community has been lying to the public, but indicates it’s been deliberately misleading, as its public defenses of wide-reaching surveillance programs has centered around the goal of protecting the U.S. from terrorist attacks.

The parallel construction process has been used in several major cases to bust major firearms and drug dealers, Reuters said.

The NSA has been almost constantly under fire since June, when former contractor Edward Snowden left the country with evidence detailing a host of its spy programs. Most or all of them are actually legal through secret, classified court rulings.

The only program the government has admitted in relative detail is metadata collection, meaning the NSA obtains a record of the majority of Americans’ phone details—who called who, how long they talked, and when—in addition to a since-cancelled program that tracked emails. It has also acknowledged the existence of its most invasive program yet revealed, XKeyscore, which allows it to tap a target’s Internet activity in real-time.

In its admissions of such programs, the NSA has been adamant that they’re necessary to stop terrorists from attacking the U.S. and its allies. This was the case in the immediate aftermath of 9/11, when the NSA began its metadata collection program, and it was the case in June, when NSA chief Keith Alexander told Congress that such programs had helped thwart more than 50 terrorist attacks.

In its admission of XKeyscore on July 30, the NSA said in a press release that:

NSA’s activities are focused and specifically deployed against—and only against—legitimate foreign intelligence targets in response to requirements that our leaders need for information necessary to protect our nation and its interest. […]

These types of programs allow us to collect the information that enables us to perform our missions successfully—to defend the nation and to protect US and allied troops abroad. (For example, as of 2008, there were over 300 terrorists captured using intelligence generated from XKEYSCORE.)

Intelligence officials had hinted at this practice before. Robert Litt, an attorney for the office of the Director of National Intelligence, which oversees all U.S. intelligence agencies, had previously said that if those agencies inadvertently come across major crimes, they can pass tips to the Department of Justice. The DEA is one of many organizations under the DoJ umbrella.

“If the intelligence agency uncovers evidence of any crime ranging from sexual abuse to FCPA, they tend to turn that information over to the Department of Justice,” Litt said at Brookings Institution talk on July 19, SF Gate has reported. He added that the DoJ couldn’t go the opposite direction and actually request data from the NSA.

It’s unclear exactly how often the NSA gives information to other agencies, and in exactly what kinds of cases. A former high-ranking Bush administration official estimated to SF Gate that it had happened up to 30 times.