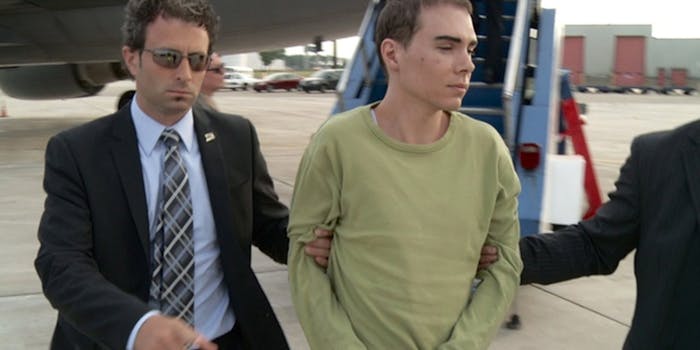 The estimated release date on his profile might be a bit optimistic.

Three years ago, Luka Magnotta uploaded a video to bestgore.com (NSFW) that featured a man tied to a chair, with Magnotta stabbing him with an ice pick and a kitchen knife multiple times, and then dismembering him and committing acts of necrophelia afterward. He also feeds a bit of the man’s flesh to a dog.

The next day an attorney alerted Toronto police to the video, as well as viewers from bestgore.com, but it was dismissed as a fake—until government offices and elementary schools began receiving body parts from the victim, in foul-smelling packages, and identified them as all belonging to the man seen in the video. CCTV cameras captured Magnotta with the victim walking into his apartment, before the murder, and then the killer coming and going with trash bags and suitcases following the brutal act inside the building. The evidence was pretty evident, so, naturally, he was convicted on all counts after a whopping 10-week-long trial.

If that above paragraph screams “romance” to you, you’re in luck: Magnotta now has a profile on the Canadian prisoner-to-outsider dating site CanadianInmatesConnect.com. The former pornstar/model/prostitute/murderer/suspected cannibal is looking for his “prince charming,” although he’s left the “CONVICTED OF:” part of his profile a bit vague: 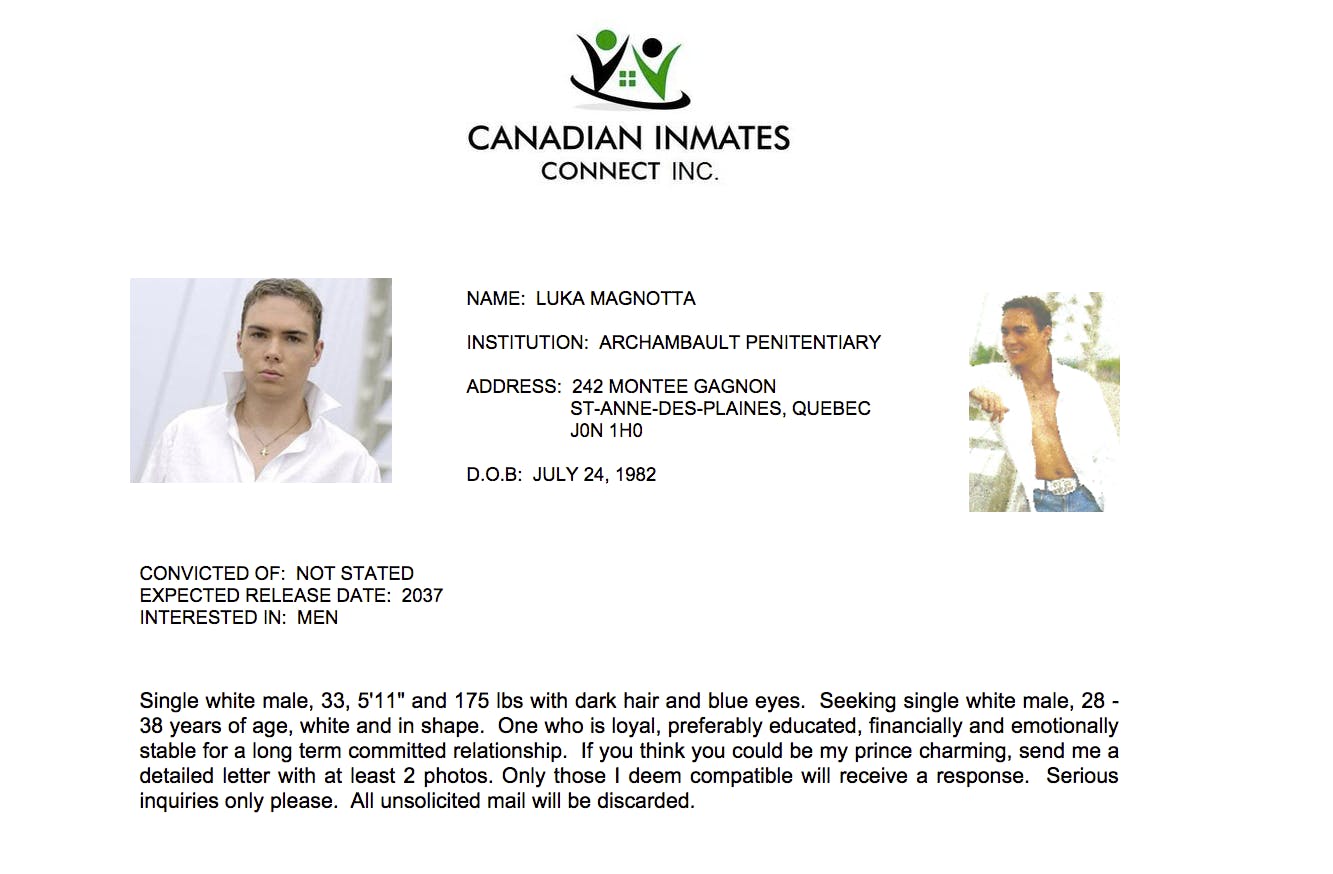 After fleeing Canada, and being caught in Berlin after a 10-day international manhunt, Magnotta plead not guilty in court, claiming that insanity caused the grisly murder (which was advertised for 10 days before being posted online). For anybody interested: Beware of that expected release date. While Magnotta was convicted of a life sentence, with 25 years until the potential for parole, he was also convicted of four smaller crimes, and the maximum time awarded for those added an additional 19 years to his sentence.

So, as well as being a “single white male, 28 – 38 years of age, white and in shape,” you’ll also have to be quite patient if you’re interested in a relationship with Magnotta. And evidently, you need to be very white, as that’s mentioned twice in that sentence for some reason.