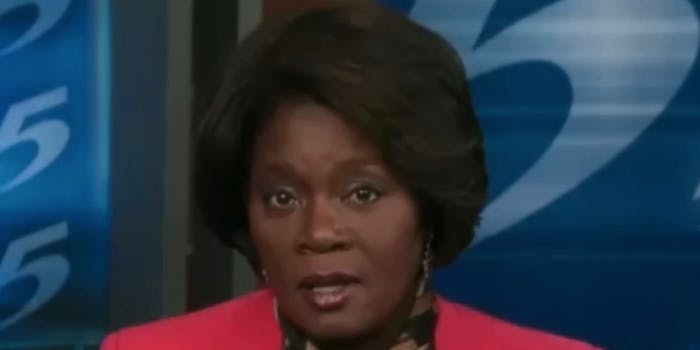 “On the inside, I am more radiant and beautiful than I’ve ever been."

Memphis news anchor Pam McKelvy has been very open about her battle with breast cancer, sharing her story with the channel she works for, WMC-TV, last year. She went public with her struggle in hopes of inspiring other women who might be going through the same experience, and she urged women to get mammograms.

On Wednesday, she added another chapter to her story. She started a broadcast by saying:

“A woman’s relationship with hair is sacred. Her hair is like her crown of glory. And for women in TV, it is intensified.”

She goes on to recount her bout with chemotherapy, and how she lost her hair. As a show of power over the disease, she removed the wig she’d been wearing on air to reveal her new hair. “On the inside, I am more radiant and beautiful than I’ve ever been,” she adds.

McKelvy’s been with her audience through the entire battle, and this reveal is an inspirational moment that brings the experience full circle.