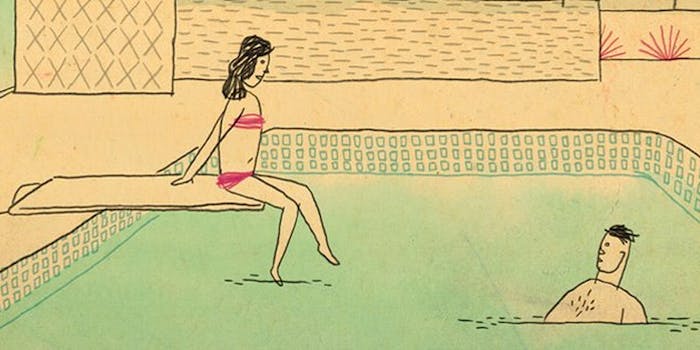 Tired of seeing the same stories and fielding the same questions, editor Daniel Jones took to Facebook to clear the air.

The editor of the New York Times’s Modern Love column is doing an Ask Me Anything-style interview on Facebook right now.

Anyone can be published in Modern Love via submissions about love, relationships, and dating. Obviously, that’s a lot of mail to sift through.

The column’s editor Daniel Jones is answering questions about the editorial process, which themes he’s tired of seeing submissions about, and the best practices for writing about love.

Jones said that he’s “constantly fielding questions about the column” that he doesn’t have time to answer, so he’s taking the next 24 hours and try to knock out as many people as possible.

The thread has 200 likes and more than 45 comments since being put up this morning. According to Jones in the comments, Modern Love receives 100 submissions a week. Damn. He is also tired of submissions featuring online dating and the loss of a loved one. (“These essays can be moving, but there are just too many of them.” HARSH.)

Here’s a solid nugget of advice:

I know it’s hard to resist, but I think it’s best not to try to oversell yourself or your essay in your cover note. Modesty and brevity go a long way with an editor who’s faced with reading hundreds of such notes every month. Also: Don’t give away what happens in the piece.

If you’ve ever wanted to submit to Modern Love but need some honest advice about what they’re looking for, hit the Modern Love Facebook page. Then, get yourself a book deal. Magic!