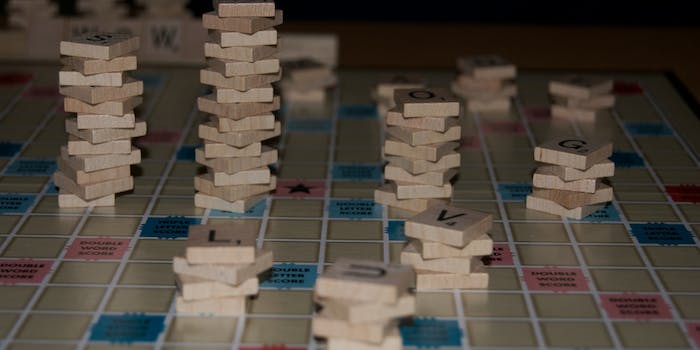 You can help usher Scrabble into the Internet age

"YOLO" could be coming to a Scrabble game near you.

Could using the terms “selfie,” “YOLO,” or even “tweeted” land you the coveted triple-word score in Scrabble?

The popular Hasbro board game is asking dedicated players to select the latest addition to the official Scrabble dictionary. Fans can submit words on the game’s official Facebook page through March 28. In August, the company will announce which word will be the one to usher the game into the second decade of the 21st century.

Since the official Scrabble dictionary was last updated in 2005, it is completely devoid of Internet slang, tech-related terms, and other oversights. One Facebook user asked: “And why isn’t OK in there? It’s not really an abbreviation (if it ever was — and there’s some doubt/debate — it isn’t anymore and can be spelled without periods).”

Other Facebook users submitted words like “texted,” “bromance,” and even “ew”— all of which are naturally met with faux-enthusiastic praise from Hasbro.

“Wow! What a cool submission! Thanks, Matt!,” Hasbro remarked on Matt Bernardina‘s suggestion of “injera,” a type of Ethiopian bread.

And don’t worry, Simpsons fans. Even though there are all sorts of new words being thrown around, there are still plenty of people nominating “KWYJIBO.”

Taking to social media to update classic games is hardly a new concept for Hasbro. In February 2013, the company asked Facebook users to select a new token for Monopoly. Players unanimously voted for — what else? — the cat.