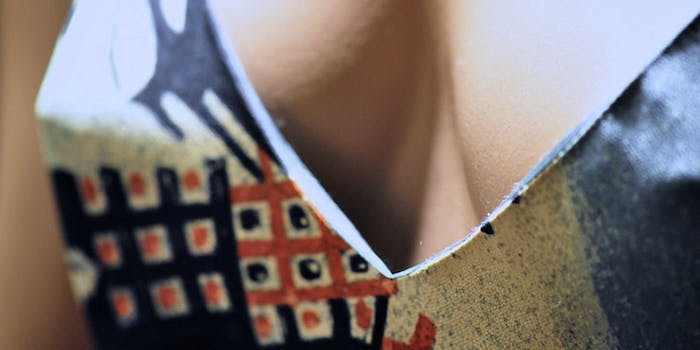 N.H. House of Representatives will #FreeTheNipple

Proposed bill to make it illegal for women to bare their breasts in public voted down.

In a huge victory for the #FreeTheNipple campaign, the New Hampshire House of Representatives voted on Wednesday to not make it illegal for a woman to expose her bare breast in public.

Back in December, a proposed bill in the N.H. House aimed at making it illegal for a woman to expose “the areola or nipple of her breast or breasts in a public place and in the presence of another person with reckless disregard for whether a reasonable person would be offended or alarmed by such act.” According to New Hampshire House Bill 1525-FN, it would also be illegal for a person to expose “his or her anus.”

The proposed bill was in part a reaction to a protest by two women at Gilford Beach in N.H. Heidi Lilley, 54, and Barbara MacKinnon, 28, were ticketed in September of last year for baring all at the beach. The case was dismissed by a judge in February, but the bill forged on.

After representative State Rep. Amanda Bouldin (D-Hillsborough) caught wind of the proposed legislation late last year, she took to her Facebook to express disgust over the sexist bill. She pointed out that all of the bill’s sponsors were male Republicans. But even worse, a few of her male Republican colleagues responded to her post with vitriol. The first was from bill sponsor Josh Moore, who she tagged in her post. 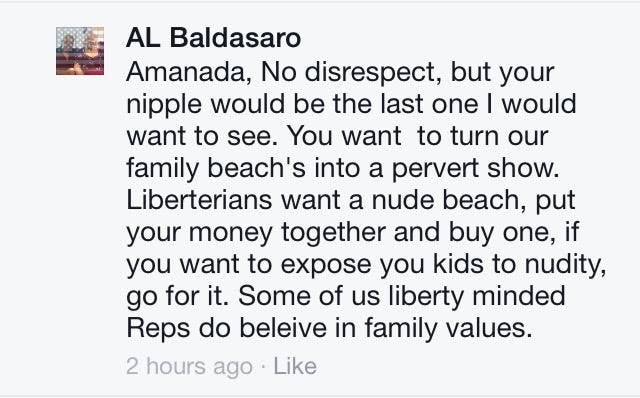 Bouldin told the Daily Dot at the time, “In 2016, it’s stunning that anyone dares to file legislation that includes the words ‘a woman should not.’ … If it was a bill that only applied to men, I’d fight it too. The people defending this bill want us to keep our clothes on for our own protection, and if we fail to comply, they’re going to put us in jail. There’s no structure to this argument, it makes no sense.”

But despite the sexist attitude of her colleagues, Wednesday proved a victory for Bouldin and other opponents of the bill who felt it created a double standard for women and men.

There have been other, even bigger efforts to make it socially acceptable for women to bare their breasts in public. The #FreeTheNipple campaign has seen support from celebrities like Chrissy Teigen, Alyssa Milano, and Chelsea Handler. One artist even skewered social media’s double standard for removing female nipples but not male nipples with a powerful art project.

While it still might not be safe to bare all on Instagram, at least you can in New Hampshire.