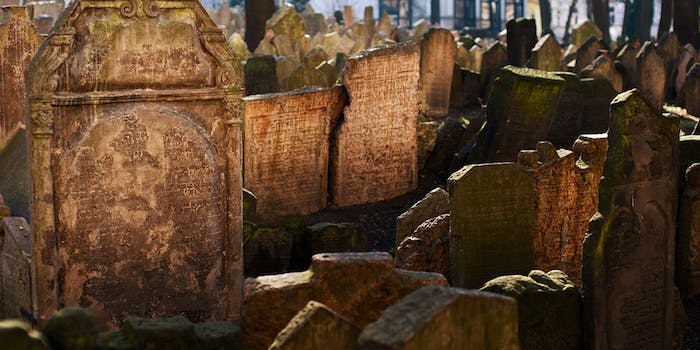 Exploring Neshama, a social network for the dead

Even after you've shuffled off this mortal coil, you've got to keep in touch.

With hundreds of thousands of Facebook and Twitter users dying off each year, there will come a point—if the popularity of such networks stretches over several decades, anyway—that they resemble archives of the deceased rather than a platform for communication among the living. Facebook, example, has an established process for the “memorialization” of an individual, or at least their account.

Rather than wait for these websites to turn into cemeteries, however, Israeli entrepreneur Shelly Furman Asa is working to create a digital necropolis from the ground up, so to speak: Neshama, or the “Soul Project,” as Google’s translation has it, uploads images of tombstones so that friends and relatives can post remembrances, photos, or videos of the person, and even light virtual Yahrzeit candles on the anniversary of their passing, per Jewish custom.

Many of the people commemorated on Neshama, it may go without saying, didn’t live long enough to register a Facebook account, so it’s also a way of granting online presences to pre-Internet generations. “Here you can share and participate in the commemoration of loved ones in a way that is accessible to anyone who wants to get to know who they were,” the website’s copy reads. “You can tell the family story and personal story, share and write what you feel and think.”

In Neshama’s first stage, five participating cemeteries were photographed, but the goal is to document every grave in Israel and, eventually, to charge mourners for tagging pages with mementoes (likely still cheaper than buying gas for a drive and a bouquet of flowers). As Quartz points out, the U.S. also has a grave search engine and a similar, genealogically-focused site built on user submissions from around the country, entered with a special camera app.

As for those who chose to be cremated? Looks like they’re staying off the grid for now.