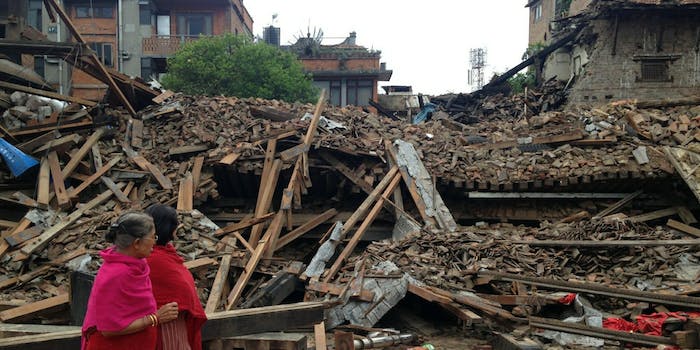 An estimated 9,000 nationals who fled during national disasters will be forced to return to Nepal by June 2019.

The Department of Homeland Security (DHS) has terminated temporary protected status (TPS) for Nepal’s estimated 9,000 nationals in the U.S., making the country the latest of five to lose status under the Trump administration’s effort to decrease legal immigration.

The TPS program allows nationals from countries dealing with the aftermath of natural disasters, war, or similar conditions, to live and work in the U.S. legally. Countries granted TPS have their statuses reevaluated by DHS every six to 18 months, and may have their TPS terminated if the department deems the country’s conditions have improved to the point of being able to handle the return of its nationals. TPS does not give a country’s nationals a path to citizenship.

Nepal’s TPS designation will expire June 24, 2019, giving nationals a year after the original June 24 deadline to prepare to either return to Nepal, or begin an application for citizenship.

“Since the 2015 earthquake, conditions in Nepal have notably improved. Additionally, since the last review of the country’s conditions in October 2016, Nepal has made substantial progress in post-earthquake recovery and reconstruction,” an announcement from Secretary of Homeland Security Kirstjen M. Nielsen stated Thursday.

Nepali advocates, like those for Haiti, Nicaragua, and other countries that have lost TPS designations under Trump, disagree with Nielsen’s conclusion. Pabitra Khati Benjamin, executive director of New York-based human rights organization Adhikaar, told the Boston Globe that Nepal has yet to recover from the damage, and cannot reabsorb citizens.

“It is clear that in the three years since the earthquake, Nepal is still very much in recovery mode,” Benjamin said. “Less than 13.3 [percent] of the homes affected have been rebuilt. Yes, the country is functioning but that is in part as a result of TPS holders sending money back home to rebuild. Terminating TPS for Nepal is not just wrong but immoral.”

Syria, South Sudan, and Honduras have all had their designations renewed in the past year. Honduras, however, was given a six-month renewal in November with the message being that the country’s TPS could be terminated. The DHS is expected to make an announcement regarding the nearly 60,000 Honduras nationals in the first week of May.

In March, immigrants and children from El Salvador, Haiti, Nicaragua, and Sudan sued the Trump administration to reinstate TPS for their countries.